A few days ago, I started my first ZeroPark push notification campaign. If you've been following my content, then you know I've had a really good year this year with ZeroPark. I spent a majority of this year running redirect and pop campaigns with ZeroPark and was generating $5-10k/month. The main offers I was pushing have somewhat died so I decided to stop while I was ahead.

HOWEVER, I am back at it with ZeroPark and I'm testing their new push notification traffic

For this follow along, I have $1,000 in my ZeroPark account and I'll be using their push traffic, Voluum as my tracker, and a wide array of offers in a bunch of different GEOs from PeerFly.
Here's an update on what I've done so far (as of November 6th): 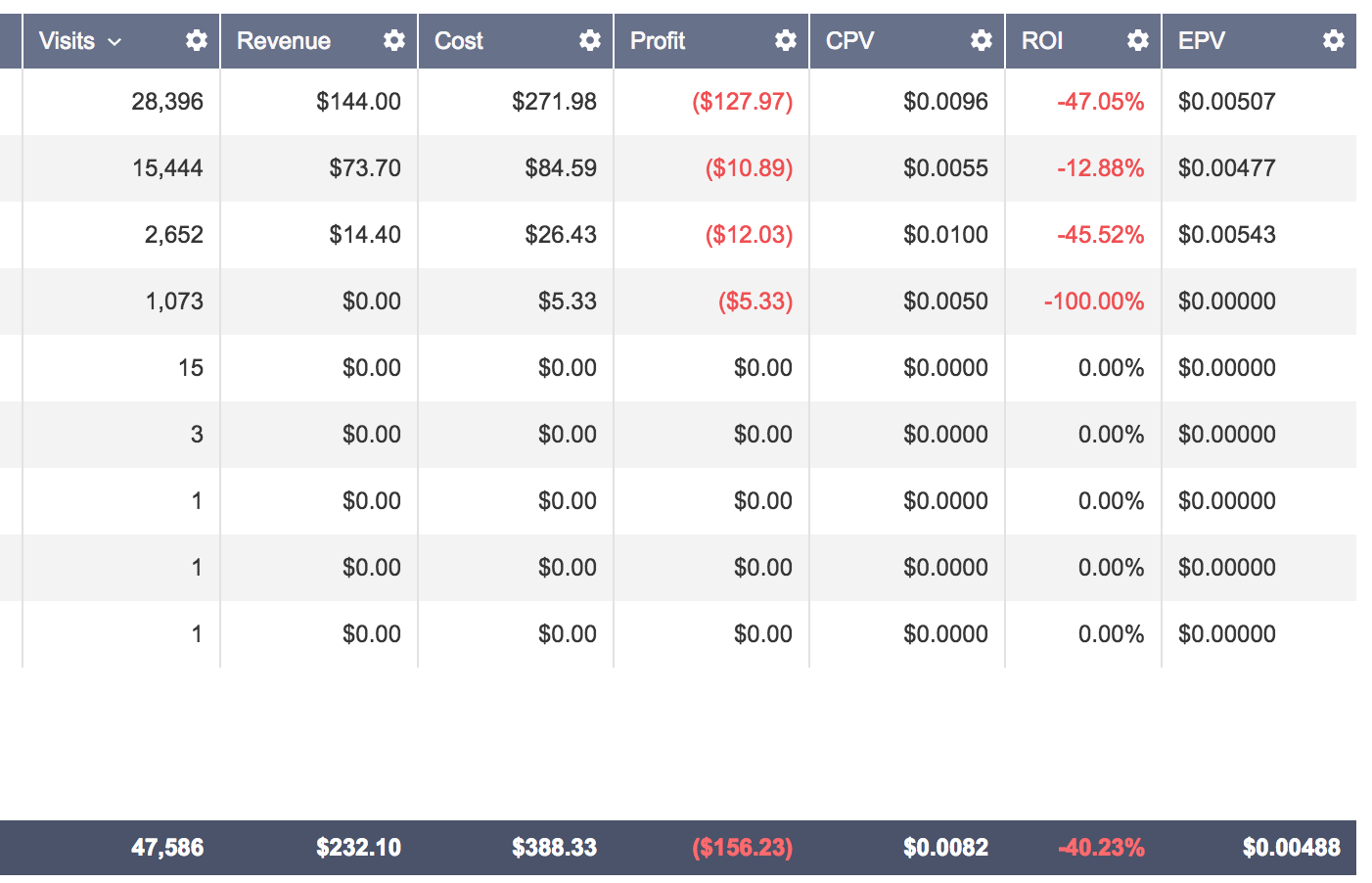 It's not pretty. haha.

Okay, I was eager to jump on and give this a try. I created a new campaign with an offer I've been promoting using MegaPush. I set the bid (CPC) at ZeroPark's suggested minimum. BIG MISTAKE. From now on, I will be setting the minimum bid for these push notification campaigns at the absolute minimum that ZeroPark will allow (depends on GEO, most are $0.005-$0.01).

I blew through a lot of budget with terrible ROI really quick at the minimum bid for that particular GEO.

ZeroPark allows you to optimize based on a few different things, but most important in my opinion are the SOURCE and TARGET (same as with their redirect/pop traffic). I've already removed some sources in my campaigns that weren't performing.

I will also be optimizing on:
I already have a lot of data, but I need some more before I start messing with those optimizations. I'm optimizing sources based on 1-1.5x the payout of the offer. If the source doesn't get a conversion within that multiple, I'm pausing it. I currently have some sources converting, but they're still ROI negative and I'm at the minimum bid. I'll be breaking those sources down by their TARGETS and optimizing those.

All of this does require quite a bit of data, but I have a pretty good budget I am working with. My goal is to be ROI positive by the time I get through this initial $1000. If I am able to get ROI positive, which I believe I will, then I'll add more funds and work on scaling the sources/targets that are ROI positive (I already have a few).

I'll post another update soon. As I mentioned in another thread, I am using this PNG compression tool to help make my images meet their size requirements. HIGHLY RECOMMENDED.

Okay, yesterday didn't go great. I'm going to keep the same screenshot as above for the total time since I started the campaigns (for this budget): 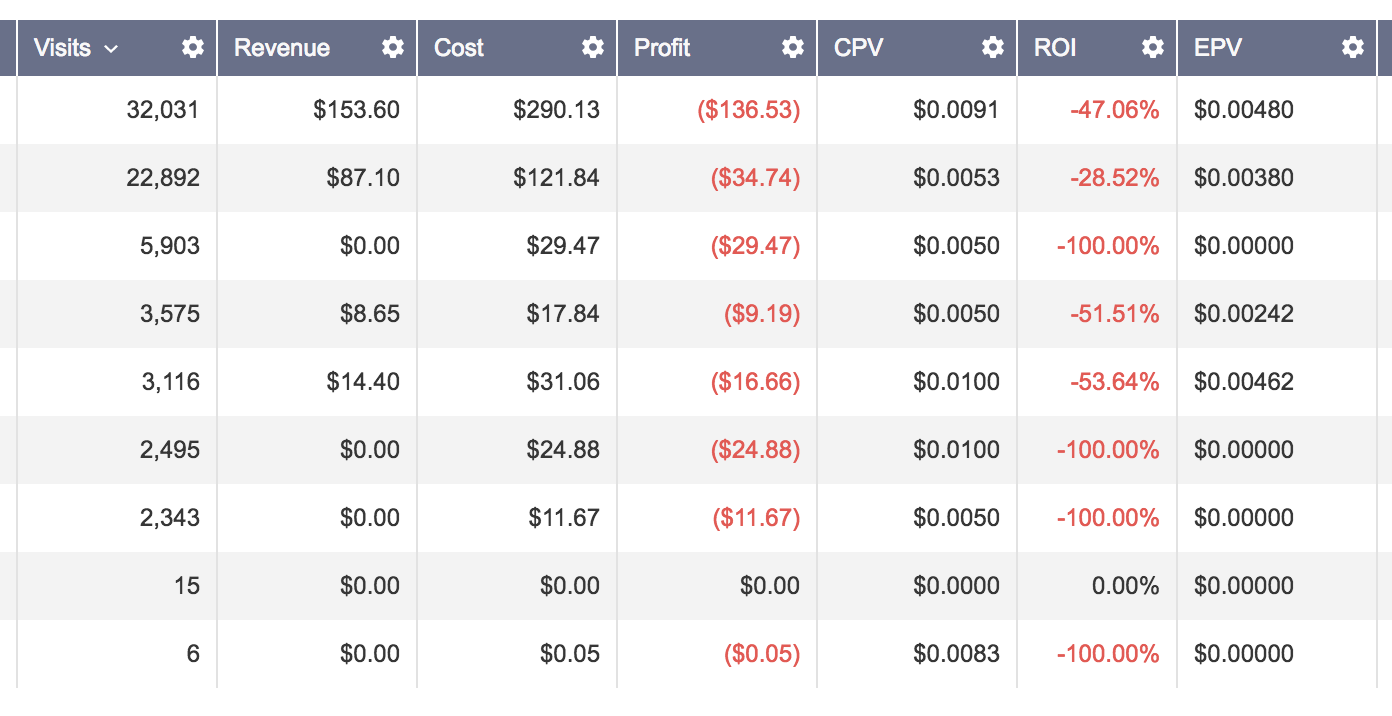 Overall, my ROI has decreased (-9%). I went through this morning and did some optimizations that I hope will help:
I will go through and do a video later today to explain some of my optimizations because it will definitely make more sense to see my through process in a video.

Overall, disappointed that I wasn't able to get some of the new campaigns off the ground yesterday. They are dragging down my ROI right now, but it's okay. I've cause the ones with no potential.

My best GEOs right now are Brazil, Indonesia, and Thailand.

I'll post an update once I have my video ready. As of this morning:

Yesterday went better. The optimizations I did helped push some of my campaigns into the green:

There is still some room for improvement. I have more data now and will try some more optimizations. This morning is off to a terrible start so hopefully I see some conversions roll in over the next few hours. I noticed that with the main offers I am pushing, conversions can take a few hours to actually happen after the click. It's just the nature of the offer. This morning, I've had several conversions from clicks from the 6th. Here is an update on my total breakdown:

Optimizing campaigns with @Zeropark push notification traffic will be much easier once they add the ability to create Target/Source campaigns
Last edited: Nov 8, 2018

Wow great, Thank you @Luke, this follow along will be inspiring and help me for mind setting.

Impressive - Keep it up @Luke

Thanks everyone. I've paused most of my campaigns with decent spend on them so I can review the stats in Voluum and do some optimizations. I'm at about $500 spent so I want to make sure I'm utilizing my balance.

I added some new GEOs this morning that do not have much traffic yet. Assuming it has to do with time of day. I'm leaving those active for now.

I also need to change the timezone on my ZeroPark account and my Voluum tracker to EST. I'm not sure how that will impact the campaign settings, but I'll let you know (going to do it after lunch)

Stick to it Luke, we're all with ya! The Best of Luck.

For the uninitiated, can you explain the terms 'source' and 'target' for this type of traffic?

For the uninitiated, can you explain the terms 'source' and 'target' for this type of traffic?
Click to expand...

I believe it's the same as the other places ZeroPark gets traffic.

Just a quick question for you Luke. For push traffic what do you target? Desktop and/or mobile? I'm targeting mobile only, and my thinking here is that push notifications are more immersive (in your face) on mobile devices... would be cool to know what device/s you target?

matt said:
Just a quick question for you Luke. For push traffic what do you target? Desktop and/or mobile? I'm targeting mobile only, and my thinking here is that push notifications are more immersive (in your face) on mobile devices... would be cool to know what device/s you target?
Click to expand...

I am targeting both desktop and mobile right now. With the campaigns for this follow along, my stats are:

Since I am bidding the minimum for these campaigns, I didn't split mobile/desktop (the bid is the same). Since I'm paying per click, it doesn't matter that the CTR will likely be higher with mobile. Hoping to improve my stats on both

Updated my post with stats for up to this morning. There's room for improvement lol

My optimizations seem to be helping

@Luke im curious how many creatives do you use per offer?

chervenkov said:
@Luke im curious how many creatives do you use per offer?
Click to expand...

You didn't make split test? Even with two different creatives?
You must log in or register to reply here.

Creating a Push Campaign on Zeropark

Boost your advertising immunity with Voluum and free traffic from Zeropark!

Having Success with Revcontent Push. Why I'm Still Frustrated