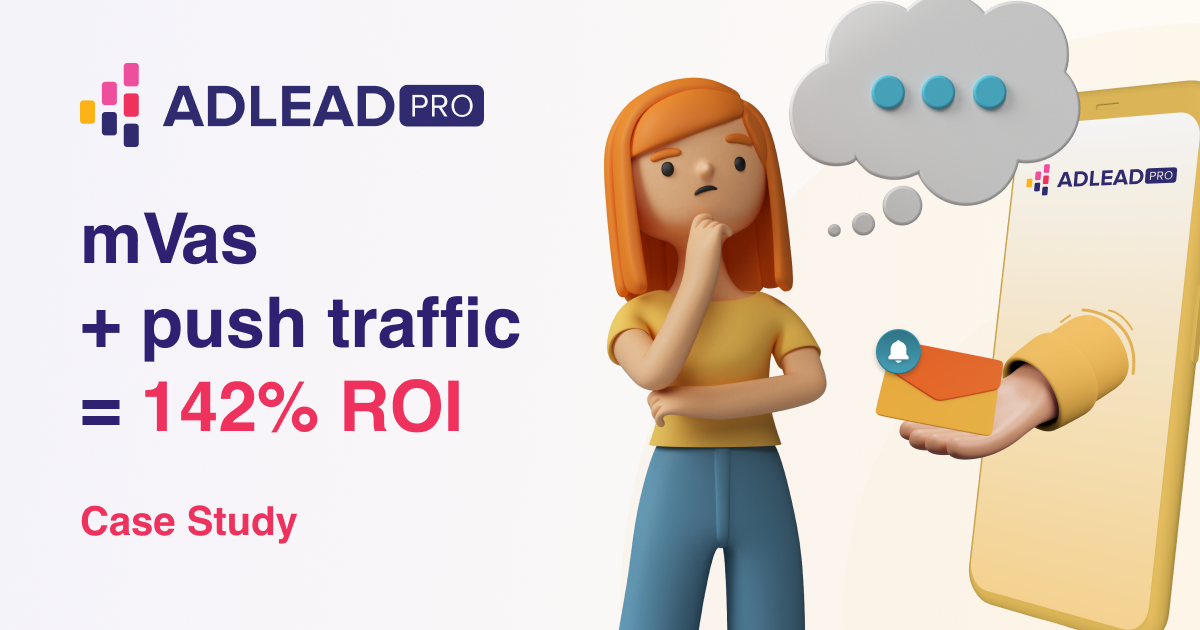 We have recently published an article on how to set up a tracker (we used Binom) and an ad network (Adsterra, in our case) to work with affiliate programs (in ADLEADPRO). Now, we want to present a case study from one of our publishers on how to work with mVas offers in ADLEADPRO with both tools and how to get 142% (!) ROI.

Once you register with ADLEADPRO, get in touch with your manager. Give all the information about your traffic source and experience, and the manager will send you a number of offers that would best suit your type of traffic. I work with push traffic and wanted to test mVas, so I got a bunch of offers just for this.

You can see preview pages and choose what can potentially convert better (for each person it might be a different set of offers).

So I chose 2502 [VN]-Mobifone, Vinaphone, Viettel-unlockcontent-G. I never actually worked with mVas, so I decided to choose dating out of all variants (I at least know how to work with it with push traffic).

GEO is Vietnam. Always consider what operators receive traffic and how they will charge the money. Plus, the type of connection. There are offers where Wi-Fi is prohibited, so in the ad network there will be either less traffic or it will be way more expensive.

The flow of the offer looks like this: we get the user to go to the landing page that looks like this (see screenshot below). In the empty space he/she puts their phone number and clicks to proceed to confirm the subscription. They will be informed about the subscription and its terms in the information box below. Payout: $0.35. 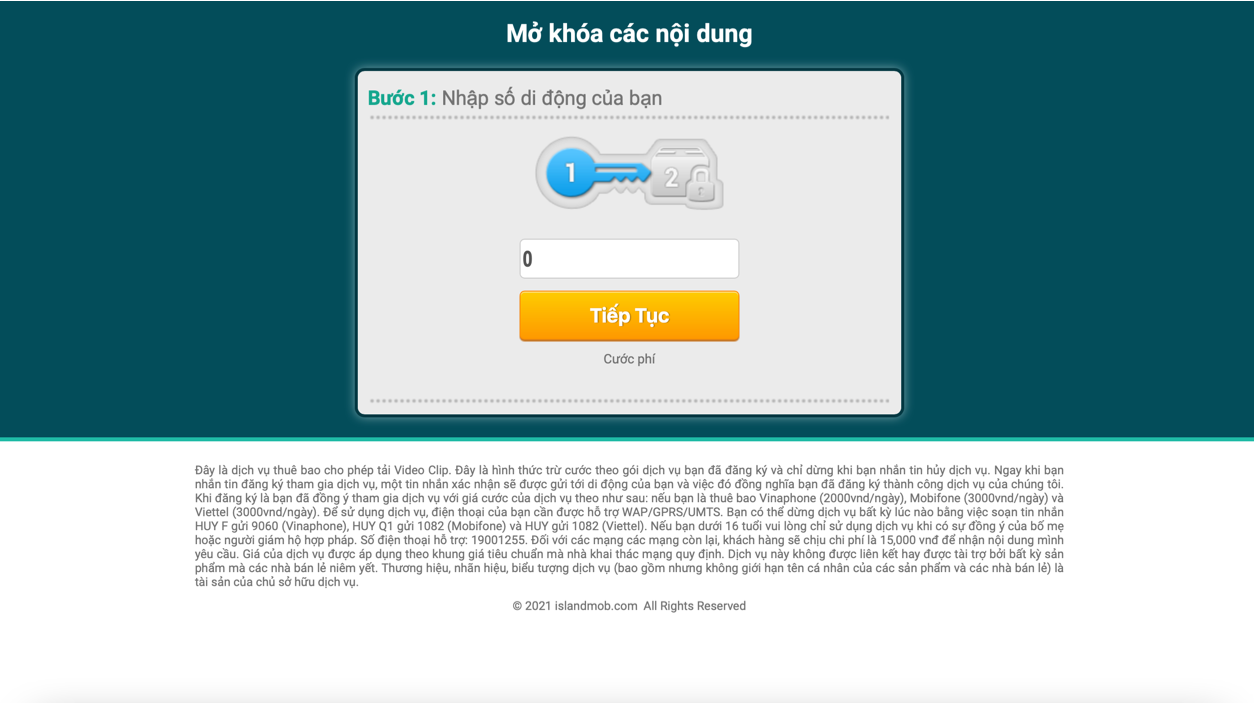 If you are not familiar with mVas offer, go check out our article here to never lose any leads.

What creatives did I use​

The approach was the following: someone hacked girls’ phones and stole all their photos/videos. If you want to see them - click the link here.

I chose Social Bar as ad format in Adsterra. I’ve never tried it before, but always wanted to (I heard a lot of positive reviews about it from fellow publishers). I was pleasantly surprised with different options for customization, but decided to go with regular push notifications.

Here are some creatives (the text is the same, I only changed the photos): 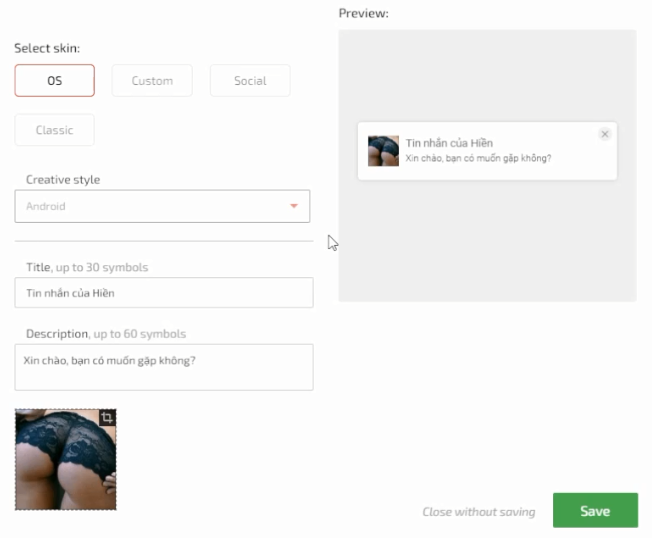 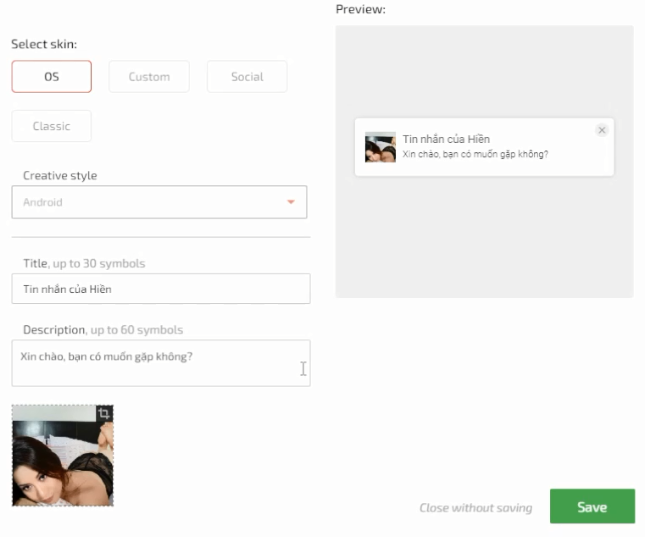 It was my idea from the beginning to use prelanding page. I know it gives a good CTR, and after testing several campaign before that and making changes, I managed to find the best ratio.

I wanted to test out different approaches, so I even tried out one without any prelanding and this was the one that had 142% ROI.

P.S. In the screenshot you won’t see all the campaigns that I’ve tested. Only those that I decided to leave for future work.

Let’s talk about the bid. Adsterra offers minimum CPC bid at $0.002. Two dollars for a thousand clicks is not expensive. And since I tested several approaches, I managed to compile several black/white-lists. Which is why I could go as high as $0.0044 and could afford more quality traffic (which in its way made the CR higher). 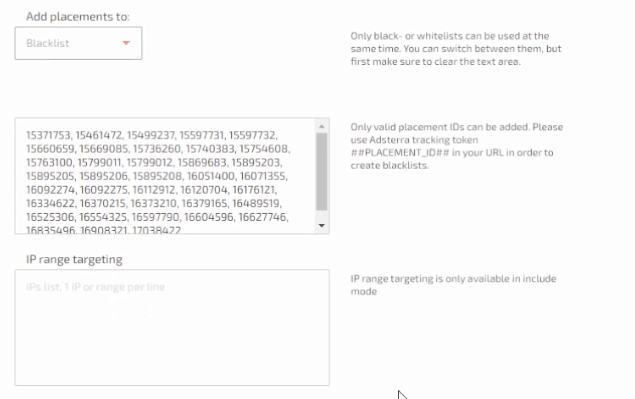 That’s it. I will go on scaling the campaign, test it out and get profit. To test out more mVas offers, go to ADLEADPRO and ask the manager to get the best for you. Good luck!