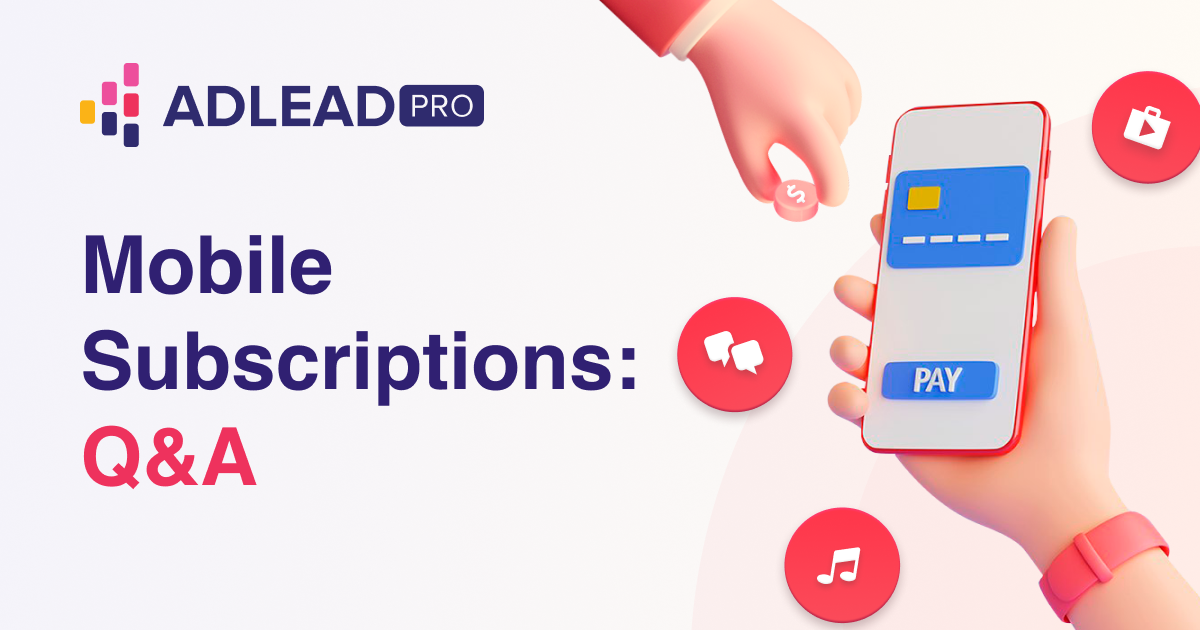 We’ve published a number of articles on mVas offers, but we know that some newbies still have doubts on whether to try them out. So we present a new full guide on how to work with mVas: from choosing the offers (flows, billings, operators) to choosing a traffic source and creatives for working with them. If you wait for a sign to start with mobile subscriptions, this is it.

Mobile subscriptions and a new popularity​

Let’s start off with what we understand under mobile subscriptions. Some might mix them up with mobile installs, which is an entirely different thing. So let’s clear this out.

Mobile subscriptions (aka mVas, aka WAP-Click) is a niche in media buying where a user subscribes to some type of content and the money is charged by a mobile phone operator. Which makes this vertical target only the users of smartphones.

What it looks like in reality: a user sees a creative, clicks on it, follows a link and is presented with some content or an eye-catching landing and a subscription form. The user has to fill in the form, the operator charges money, the user gets access to the content and the media buyer responsible for driving this user - gets his/her profit. As easy as that. 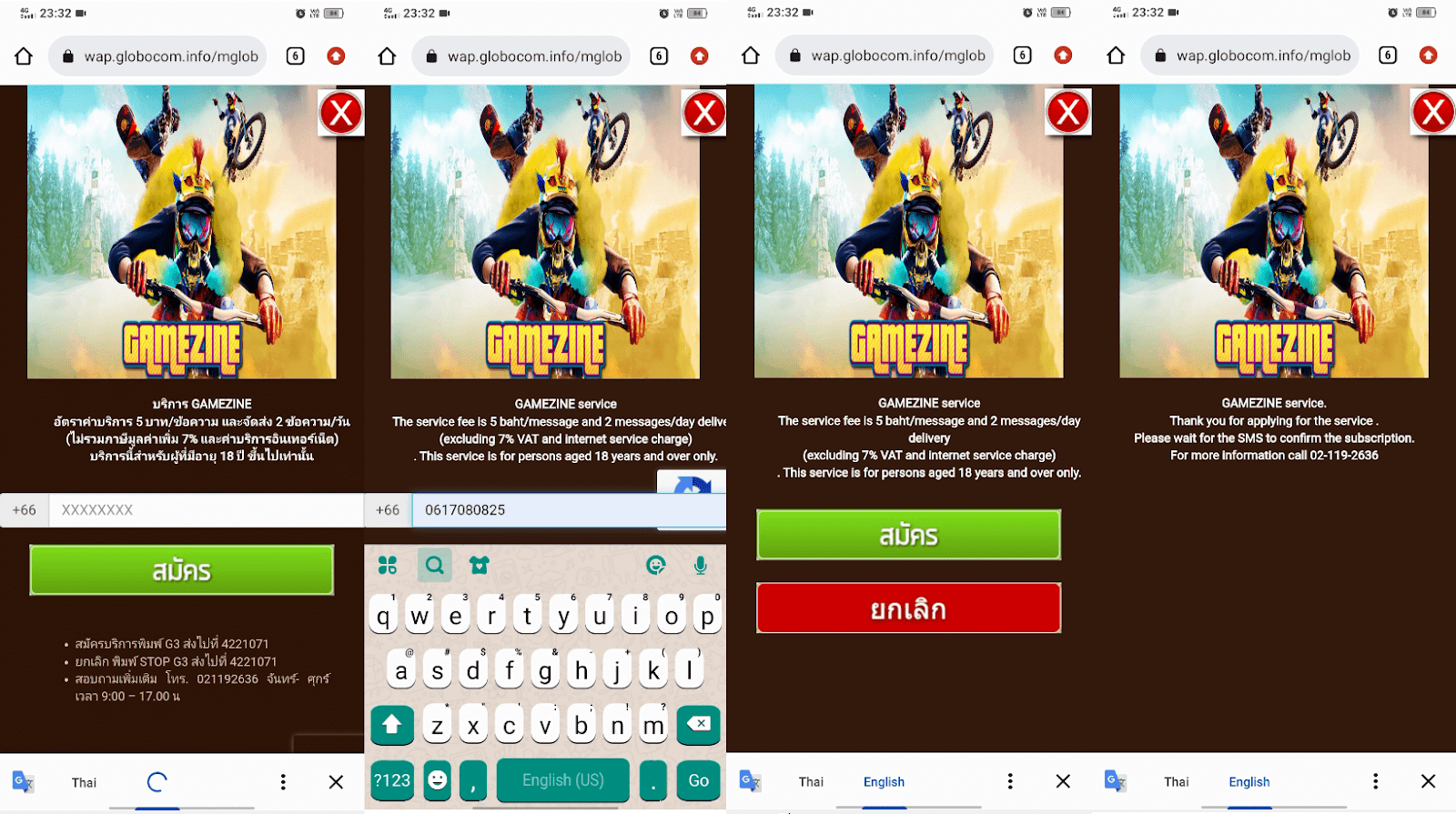 Why are mobile subscriptions still popular with media buyers?​

Offers in mVas and how media buyers get paid​

The most difficult thing for affiliates that want to start out with mVas is understanding all the nuances of how providers’ subscriptions work. So here is a mini guide on choosing the offer to work with based on the key parameters: flow, operator, billings.

We did talk about flows in this article, but let’s revise a little. Offers can be:
Then let’s consider providers. Here is a name of the offer in our affiliate network: 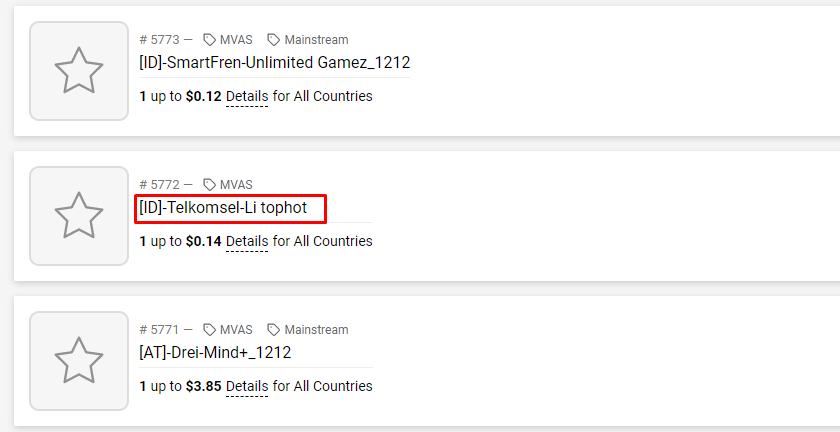 In square brackets we see GEO where the traffic is accepted. In the end we see the name of the offer and in the middle ‘Telkomsel’ - the name of the provider that will be charging for subscriptions. If a user that goes to the landing and wants to subscribe to the content with a SIM-card of a different provider, you won’t get the lead. Money won’t be charged and all your efforts were in vain.

There are several options here: find a traffic source that can target operators (for example, TikTok) or find offers where they accept all operators. You can always contact our managers to start working with these offers.

And the last thing - hold. It’s an interesting thing in mVas: you do have hold, but it also kind of doesn’t exist. This all depends on the type of offer:
There are also different types of SIM-cards:
The combination of billable/postpay has also two possible scenarios. Sometimes the advertiser cannot charge the subscription money from the user’s empty account. And since the conversion is a paid subscription, it will all depend on the advertiser/provider. This conversion might not be paid at all. Or the advertiser goes through the database again, tries charging money again and gets the conversion (which later can be paid to you).

Traffic sources and GEO. How to choose?​

Free sources are not really profitable while working with mobile subscriptions. Yes, with gambling offers you can upload lots of TikTok videos hoping for at least 0.01% CR (and with $150 for a lead). But that won’t work with mVas: you will get way less money than you could have.

Having years of experience with subscriptions, we can safely say we’ve got the knack of it. Here are a few sources that perform the best with mVas offers + some screenshots from our partners (to prove it).

They are the easiest for starting out, but you’ll have to understand how to work with black/white-lists and test no less than a dozen creatives. But don’t worry, tests won’t cost you an arm and a leg. We’ve talked a little on how to work with push networks here.

We know that most affiliates that work with subscriptions try to avoid this type of source for a very obvious reason - there is no targeting by operators. But it can be easily solved - we’ll give the offers for all-carries. Our partners work with agent ad accounts with white-hat offers, which helps them successfully avoid any bans. And instead focus on increasing their CR.

The most popular traffic source in 2021. You can target the operators, drive traffic to apps and continuously increase the volume. You can always ask our managers for apps (like WebView, PWA).

Not the easiest source for a newbie, but even with GDN you can drive lots of traffic to mVas. Below you can see the statistics from one of our partners working with Adwords.

We also give our partners agent ad accounts for all sources mentioned above. For push/pop networks you can find promo codes here.

Unlike other verticals, with mVas top GEOs don’t stay the same for a long time. At the moment the situation is the following: TH Dtac, BR TIM, CL Claro, PK Jazz, PE Entel, CZ O2, DE Vodafone. I know that ZA is also a top GEO, but not in our network. We mostly specialize in LATAM, MENA, Asia, Europe.

How to drive traffic to mobile subscriptions​

The funnel itself is not that different from other verticals: choose your source, find the creative, set up the campaign with a link or an app, get the tracking and launch the campaign. Test the offer with or without a pre landing page, try out dozens of creatives to find the best combination.

Where to find creatives for mVas​

There is no spy-service with an ‘mVas’ filter. Lots of reasons for this: the vertical is not that popular, lots of different topics/genres, sometimes impossible to understand if it’s a creative for subscriptions (for example, a regular dating creative can be used for a dating subscription offer).

So in order to get a creative you can:
If you plan on using video creatives, then the latter point is what you need. Or some of our partners also use a screen recording with a separate audio recording that will give users the idea of what to expect after following the link.

Here are some examples:


A lifehack for PROs: if you don’t want to spend your time trying to come up with the approach, you can hire a person from the GEO you need and get the research of the creatives from them. This way you get a real insight into how subscriptions operate in this country, what approaches really work and how to make your creatives appealing to the audience.

Is a pre landing page necessary?​

After carrying out some tests with our affiliates, we’ve come to the conclusion that in a lot of cases you don’t really need a prelanging page (the figures were much better). But don’t take it as a rule. It’s better to test it for yourself and see what works best: with a prelanding page or without it.

When it comes to designing a pre landing page, always take into consideration the offer’s theme. If it’s mainstream, you can use a universal approach with a survey “Are you 18?”. For giveaways you can use something interactive, like a roulette and the like. 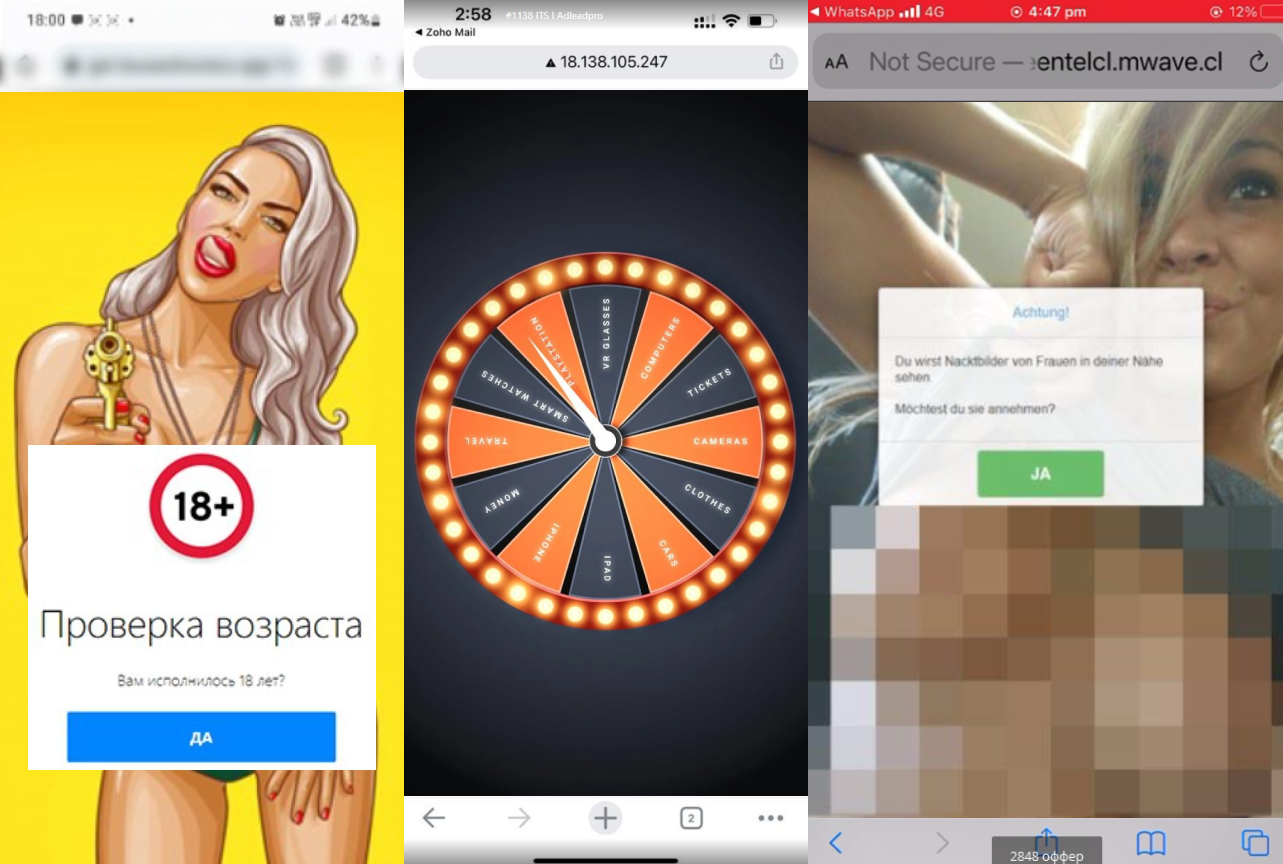 Where to find apps​

One more thing: subscriptions work great with apps. The biggest volumes are usually driven from mobile apps. For mVas offers it’s the most profitable way.

A funnel for apps looks the same as with other verticals:​

Lots of apps are used for mVas offers: translators, photo editors, keyboards, wallpapers and so on. By the way, you can always come to us to get a WebView app to work with subscriptions. And with a promo code “ADLEADPRO” you can get a PWA-app from our partners with a 10% discount.