This offer shows potentially for me on PropelIer Ads (with more than 400 leads so far), so I decided to start scaling it on Zeropark. Based on data collected in my original campaign, I start Zeropark campaign with narrowed targeting below to save some initial testing cost. 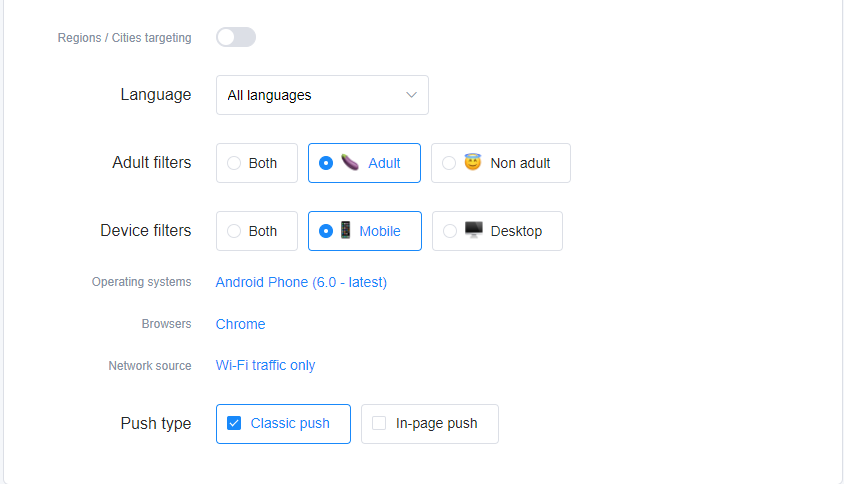 I also use one creative and one lander which already prove themselves in my original campaign.

Because this is an adult dating offer, I decided to focus on the time frame from 19h - 05h local time which I believe is a more appropriate time for adult stuff. If the campaign run well, I will expand to the remaining hours later. So below is the day parting schedule

I haven't run the adult offer in Zeropark before, so I start with the RON traffic

For starting bid, although the suggested bid is 0.0225, I decided to start with the lowest allowed bid which is 0.005. Due to the fact that Zeropark has
To view the premium content in our affiliate marketing forum (including this awesome thread), you must first register and upgrade your account. Register today and become a part of our amazing community!
You must log in or register to reply here.