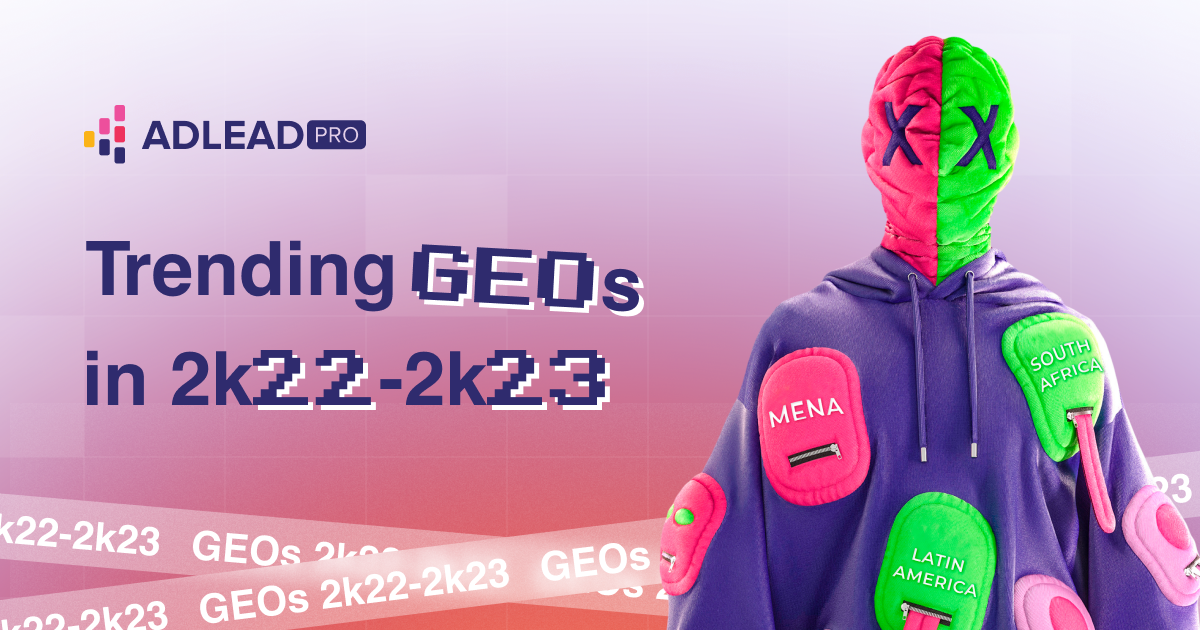 If you’ve been reading us for a while, you must know by now we specialize in finding exclusive offers from local advertisers from all over the world. Which means - we know the trends. We believe in expanding your ‘GEO horizons’ and working in any country that has internet coverage. So today we want to talk a bit about what is trending now and what we can expect in the future. Buckle up and let’s go!

Why is GEO that important​

Tier-1 countries have always been the most expensive ones for media buying. Yes, a higher income level means a better conversion rate. But with each year it’s becoming increasingly hard to find a good approach that would work for these countries. And this gave birth to a new trend in 2022: discover Africa (which doesn’t seem that modern, but trust us - it is). At least, this is what many owners of affiliate networks are about to do.

So, new GEOs mean:
But don’t forget a simple truth: to make profit in new GEOs you should know the cultural and national peculiarities of the country. Especially, with the ones that are only opening up to the affiliate industry.

And this is what we’ll discuss in the next chapters.

Everyone is talking about MENA - countries of Northern Africa and Middle East with a combined population of 370 mln people. What’s so interesting about this GEO?

First, let’s have a look at what countries constitute MENA: 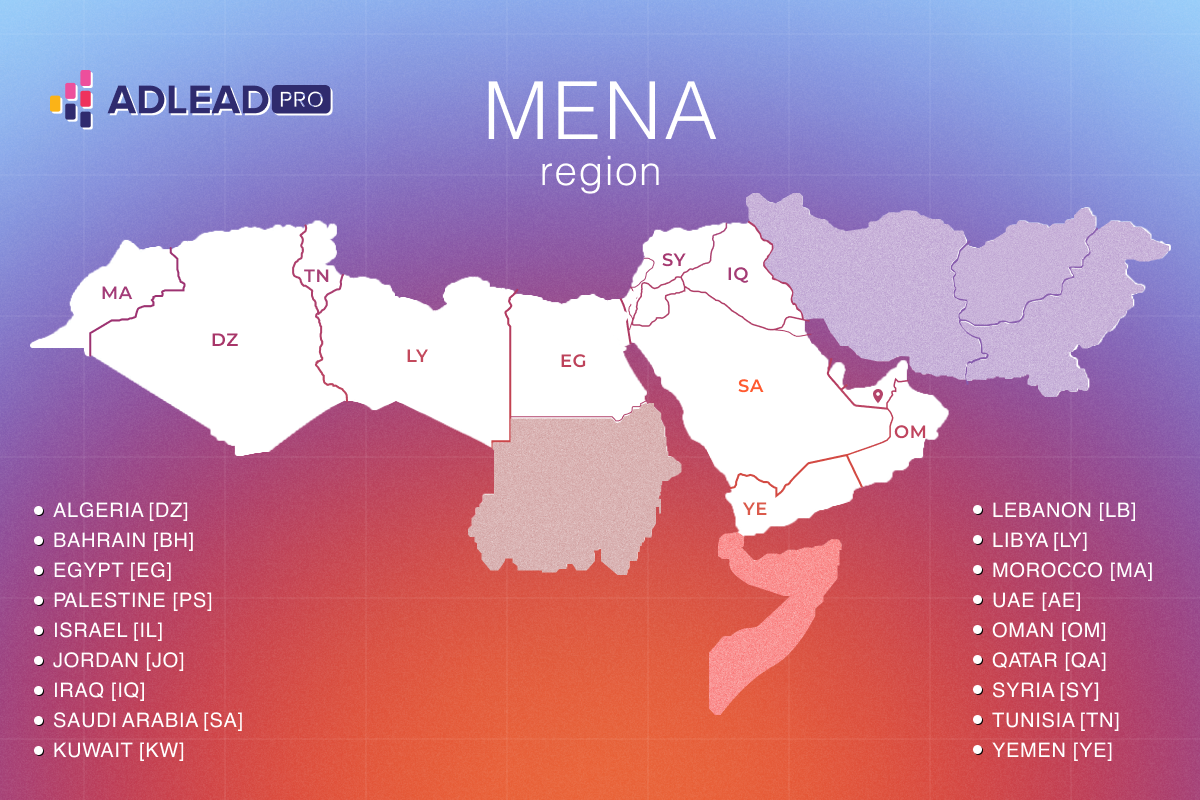 Now let’s see what these countries have in common and what we should take into consideration when we start driving traffic:
When it comes to traffic sources, the majority of the audience from 18 to 44 use: Youtube - 87%, Facebook — 81%, WhatsApp — 80%, Instagram — 67%, Facebook Messenger — 64%. They also actively use Google, Wikipedia and Khaleejtimes (a news outlet in English).

Don’t forget that in MENA they have their own national and religious feasts when traffic volumes fall dramatically. It’s impossible to give details on each country in particular in our review, so we would advise first learning the cultural code of the target country in great detail before starting working with it.

Here are some of the offers we have in this region:

A very definite trend that we could observe were LATAM countries. On a hunt for new unexplored markets advertisers have introduced this GEO group with more than 660 mln people.

Not long ago LATAM was confined to Brazil [BR], Peru [PE], Venezuela [VE] and Bolivia [BO]. But now media buyers can also work with: 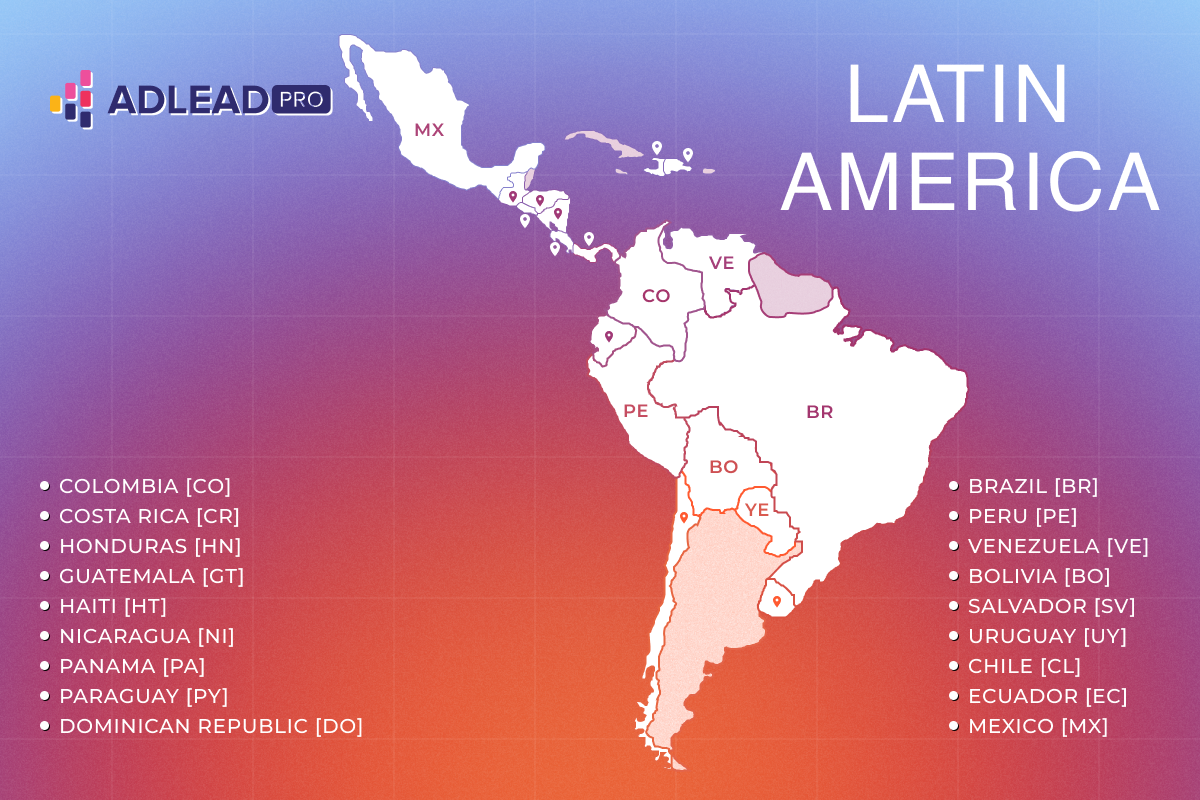 Some important things to note while working with the region:
When it comes to ad placements, the leaders are the same as in any other region: Meta and Google. Twitter might come as a bit of a surprise here: people don’t really trust things they hear on TV and prefer to learn about the news from this social media. There is also a strong competition between TikTok and Kwai.

Here is what we have for this GEO:

African GEOs have sparked more interest after the introduction of LATAM to the market. After seeing cases of publishing teams with hundreds of thousands of dollars in new regions, it became clear this new region will bring lots of profit too.

We’ve seen lots of offers from MENA countries, and now we see even more for Southern countries of the continent: South Africa [ZA], Botswana [BW], Lesotho [LS], Eswantini [SZ], Namibia [NA]. Even though the combined population of these countries is only 62,8 mln, these countries are members of Southern African Customs Union (SACU) which makes them more economically beneficial than their neighbors. 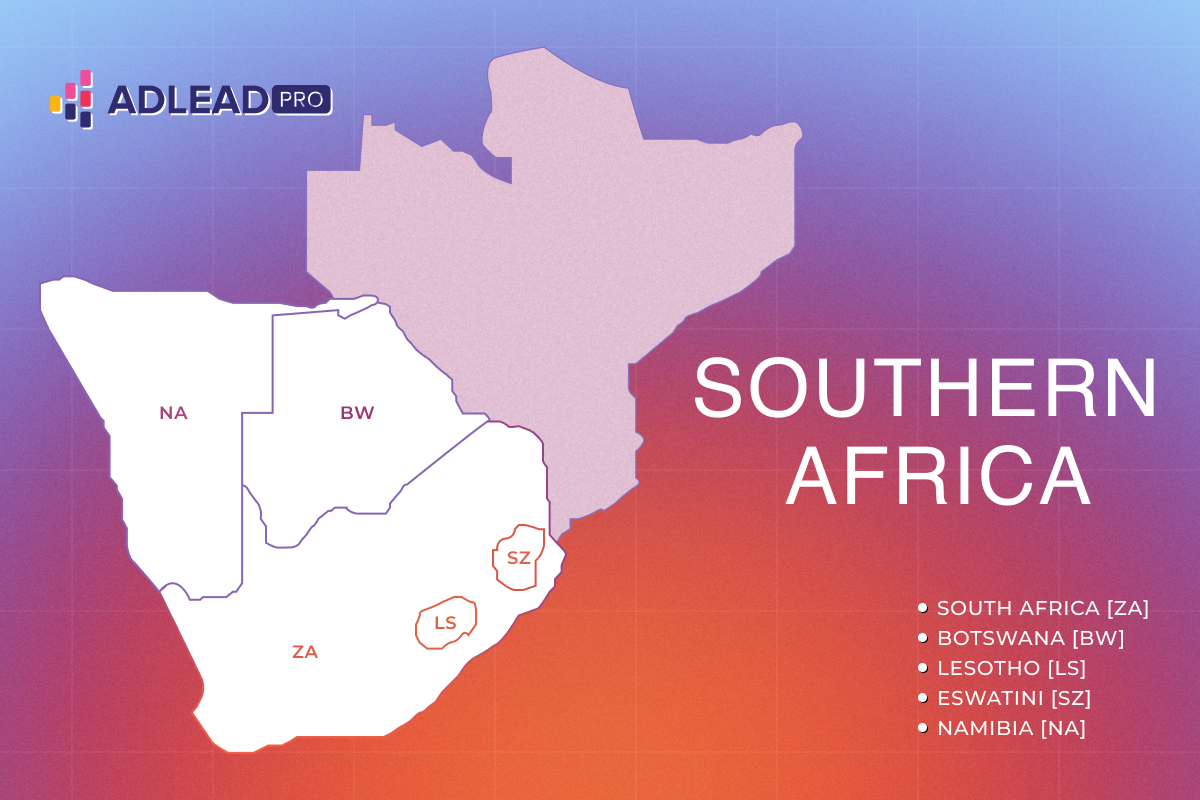 What you should do to get the new GEO to convert​

Once you’re set on the GEO, here are a few steps to take to have your profit skyrocket:
We at ADLEADPRO will be happy to share our own expertise for any GEO. If you want to work with a new GEO, talk to our managers and get all the tips you need to launch a new campaign.