Case Study [Case Study]: Lowering cost per lead by 43,98% with SmartCPC at RichPush

VIP
Partner
RichPush launched a new feature recently — SmartCPC. It buys clicks lower when possible lowers average CPC and save your budget to buy much more clicks. A couple of our advertisers shared their results using this feature at RichPush so let's see how it worked out for them. 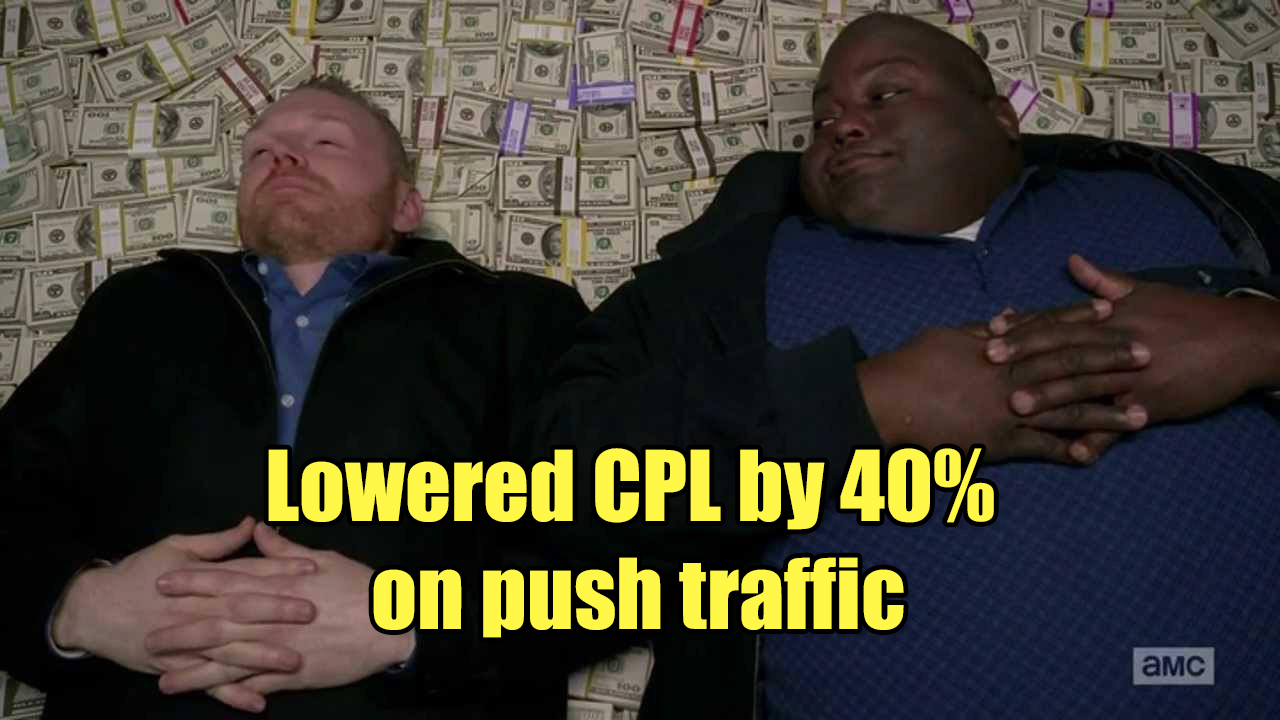 Campaign A Set CPC bid 012. Enabling SmartCPC lowered the average bid to 0076. Due to the economy advertiser got 45 251 more clicks for almost same budget.

Profit Average CPC lowered by 3158%. CPL lowered by 3884%....
To view the premium content in our affiliate marketing forum (including this awesome thread), you must first register and upgrade your account. Register today and become a part of our amazing community!
Top