Affiliate Manager Course: How to negotiate with advertisers? We've been concentrating heavily on establishing partnerships with publishers lately. Acquiring new businesses that want to work with MyLead or negotiating more favourable terms for our publishers. In the following paragraphs, we will describe the dozens of discussions we've had recently, and we will answer one critical question: How do we communicate with our clients?​
1. Increasing rates


In order to know the product, landing page, or action the publisher must take, one must be familiar with the product. When an advertiser talks to a network manager, he is not seen as an intruder, but rather as a friend who wants to improve the product in order to increase sales. If publishers are promoting a campaign, their feedback will also be effective. Asking them what they think about it might be worthwhile. Even small enhancements can boost conversion rates and thus the earnings of all pages, without the need to raise rates.

This aspect may only apply to a few situations where publishers receive payments in currencies other than dollars. In MyLead, the conversion rate between currencies works well because the majority of our users receive payouts in zlotys (PLN) and most advertisers pay in dollars (USD). Even if the conversion rate from dollars to zlotys increases by a dozen or so cents, it doesn't matter much. It's important to keep in mind when negotiating. Sometimes even small amounts can have a considerable impact.

The most critical element here is the fact that the network should not take 100% of the profit. Increased commissions would motivate the promotion of content, and the resulting promotion would benefit the entire food chain, from the publisher to the advertiser. There may be exceptions to this, such as a substantial promotional effort in return for a higher rate. In general, though, advertisers are looking for a higher commission for the publisher.​
2. CAP negotiation


We try to increase the CAP (the limit of leads that can be achieved in a given program at a specific time, such as during the day) if it is valid in a given program or it is clear that we cannot increase the rate. In these situations, educating the advertiser is best. I suggest that you pay attention to the fact that after the CAP has been depleted, the traffic of those earning on a certain affiliate program is redirected to another program automatically by the network or the publisher themselves, using trackers. Thanks to this tool, links that have already been sent and have stopped earning money can be replaced. As a result, the advertiser loses the most in all of these situations. The first reason why is because it does not allow proven publishers to earn money. Secondly, it cuts off publishers with potential who cannot access the program or have no chance of getting the appropriate number of leads. Convince advertisers of the importance of maintaining a high quality of service in order to avoid losing customers.​
3. What else is worth remembering?


It is important to maintain advertiser satisfaction and traffic quality by checking leads frequently.

If your negotiation resulted in an increase in conversions, sales, or visitors, but the shopping cart value did not rise, you should examine the program itself. The program may be poorly designed or indistinguishable from its competitors. Contact the top publishers directly and encourage them to take action, or seek new publishers if that doesn't work. When it doesn't work, launch promotional initiatives (mailings, user panel messages, forum entries, and blog posts).

We are showing the advertiser that we have done our best by providing them with the traffic numbers. That is all we need to do.

In obtaining programs from managers, the fundamental matter should always be honesty. We cannot allow the affiliate rate increase promises not to be fulfilled.

It is also unacceptable to ignore the message. A professional approach to the topic and a prompt reply to each offer, even the least appealing one, is critical in my view. When you cannot accept the advertiser's unappealing offers, inform the individual you are dealing with. In my opinion, it is more profitable to argue well and be open to future collaboration than to accept everything as it occurs. If we do not currently have the traffic that we can offer the advertiser, then it will be a waste of time to organize and promote programmes, which will not benefit us.

I'd be interested to see what you think of my list of tips. Please let me know in the comments!

You may also want to check out: 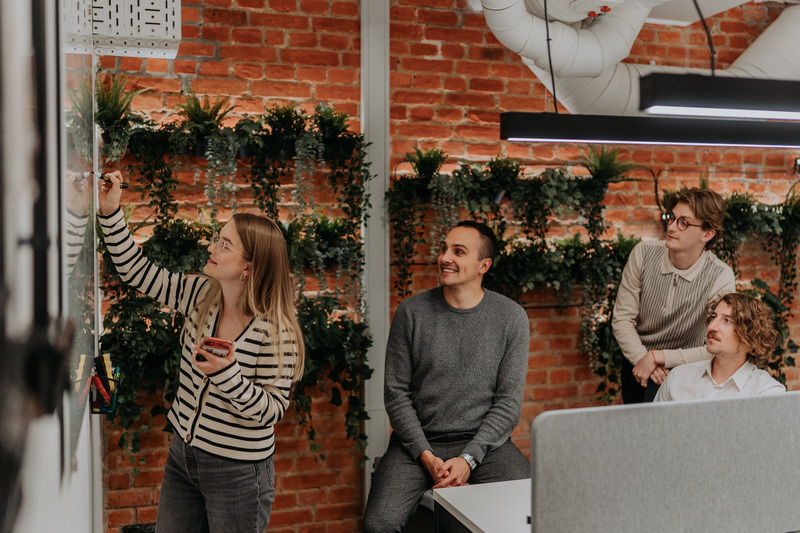 Affiliate Manager Course: How to recognize a valuable publisher?

A little insight to this thread:

I've been speaking with the team at MyLead about an idea they had. They want to produce content to help teach Affiliate Managers how to do a better job.

I spent more time working as an Affiliate Manager than probably anyone else in the industry and I had very little guidance along the way. I learned as I went from both mistakes and successes I had.

So, when @MyLead reached out about wanting to publish content on affLIFT specifically to help other Affiliate Managers, I decided it was a great idea.

This content should be helpful for all of our Partners and also I hope it gives affiliates insights to what they can expect from their managers.

Of course, anyone is welcome to ask questions or make suggestions!

Interesting topic! We find it very useful for managers to upgrade their knowledge and skills regarding relationships with partners and the process of communication and negotiation, and we encourage you to continue publishing such useful posts.
You must log in or register to reply here.

Affiliate Manager Course: How to recognize a valuable publisher?

Is the network “stealing” my campaigns?

We are looking for new partners for the Christmas campaign.