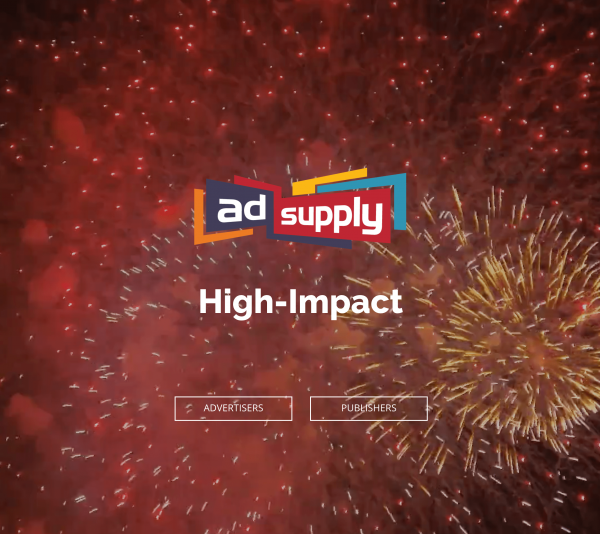 https://www.adsupply.com/
Are you looking for a pop ad network that has a solid foundation? If so, then AdSupply is a good option.

AdSupply has been in the business since 2011, making it one of the oldest ad networks still running today.

Ranking #16 in comScore’s list of top Online Advertising Networks, you can be confident that this network will deliver the traffic amount and quality that you are looking for.

AdSupply has the following features:

High Traffic Volume
AdSupply offers exclusive traffic inventory coming directly from more than a thousand direct publishers. Their ads can reach 230 countries across the globe, delivering up to 175 million unique impressions per month.

High-Quality Traffic
Traffic quality is one of AdSupply’s priorities, hence they monitor the following ad metrics:
Minimal Ad Fraud
While the rest of the ad industry suffers from an ever-increasing ad fraud of up to a third of the traffic, AdSupply does its best to limit ad fraud to a maximum of 1% of the traffic they supply. Aside from their own internal fraud-detection system, they also use Forensiq, a fraud detection technology developed by Impact. Dubious traffic is terminated or diverted even before they become part of the inventory.

Click Analysis
In order to provide advertisers with actionable information regarding their marketing campaigns, AdSupply utilizes the technology of Moat. This third-party technology provides in-depth click information comprised of more than 50 MRC (Media Rating Council) accredited metrics, on top of the basic industry metrics. Moat also detects non-human traffic, allowing AdSupply to filter these out and display your ad to real human visitors.

Two PPV Ad Formats
AdSupply features several ad formats, two of which fall under the PPV category. These are:
Multiple Targeting Options
AdSupply allows advertisers to effectively weed through the traffic and display their ads to the right people. Here are the targeting methods that AdSupply provides:
If you want to be able to simply test the traffic and optimize, later on, you can also use their Run of Network traffic. This is a lot cheaper than highly targeted traffic.

Has some interesting targeting options for USA...
But that's about it.
View more