I decided to give a ZeroPark DOMAIN traffic another go.

I have a RON campaign and I can see some targets that have a lot of daily traffic, but I'm not getting any of it. Here is a screenshot for a single day:

I am getting traffic from targets that have less daily traffic - so the campaign is working.

So I decided to create a new TARGET campaign and whitelist just a few of those targets. Campaign uses the same targeting as the main RON campaign. I've also set my CPM bid to $50 (just for testing purposes).

And here is the screenshot from TARGET campaign: 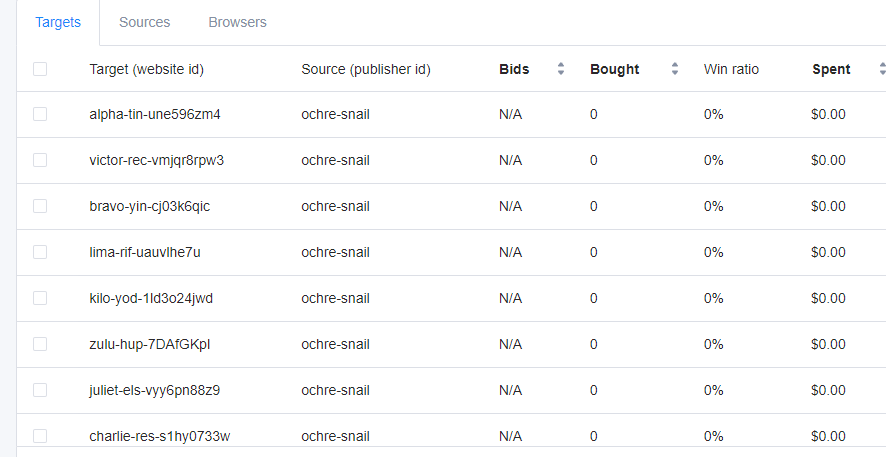 Again - no traffic. I wish I could see Average bid in RON campaign for those targets - but as you can see there is no info.

Any suggestions? It seems that there is traffic available for my targeting options (based on RON campaign) - but why am I not getting any traffic?

I've asked ZeroPark support for average bids for those targets but they just said I can
To view the premium content in our affiliate marketing forum (including this awesome thread), you must first register and upgrade your account. Register today and become a part of our amazing community!
You must log in or register to reply here.