WHY E-SPORTS IS ON THE RISE AND HOW YOU CAN GET INVOLVED!

Electronic sports (or E-Sports as it is commonly known) is a worldwide competition where video gamers play on a competitive level, and it is turning online gaming into a spectator sport. E-Sports is becoming a revelation amongst youth from around the world, and over the course of the last decade, the global interest in E-Sports has grown to a staggering 589 million viewers between the years 2015-2020 and it will not stop there.
With many traditional sports out there like football, basketball, and tennis, for example, there are many relatable video games that replicate them and are played in many E-Sports tournaments. But the E-port games that offer the largest cash prizes, the most views, and all the spotlight in E-ports are League of Legends, Dota 2, and Counter-Strike: Global Offensive.


Which E-Sports Games Are Most Popular Right Now and Why?​

Though the actual rankings of the most popular E-sports games vary and do tend to change slightly month-to-month, the most-watched games in E-sports currently are League of Legends, Dota 2, and Counter-Strike: Global Offensive increasing by 21.7% in the last two years. 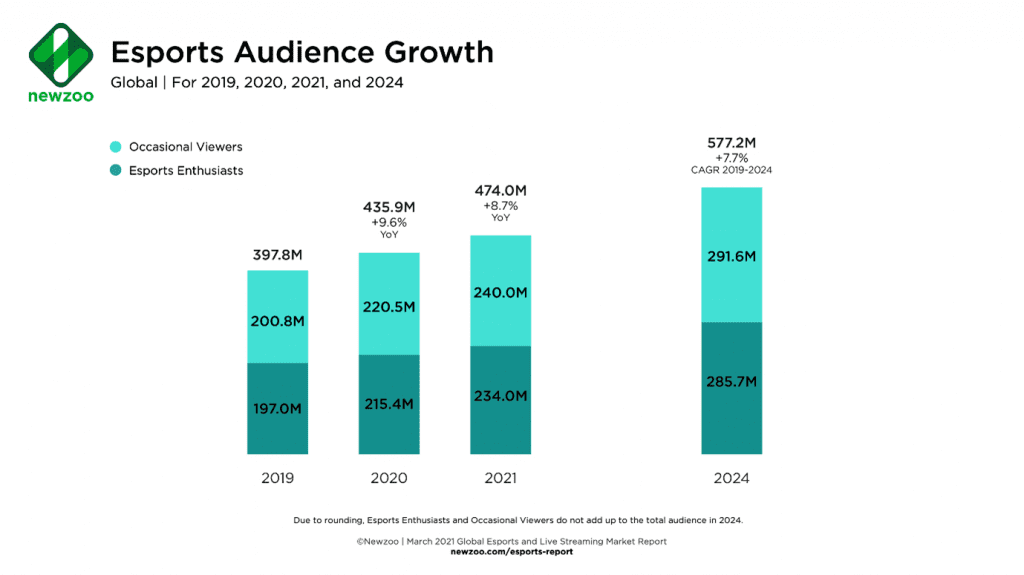 According to a recent study by Newzoo, live streaming for E-sports could increase
To view the premium content in our affiliate marketing forum (including this awesome thread), you must first register and upgrade your account. Register today and become a part of our amazing community!
You must log in or register to reply here.

Why are e-commerce ads your best choice during 2021 summer sports events? 🛍🏊‍♀️

How to make money with eSports and gaming affiliate marketing offers? 🎮🕹💰