Guide Setup a Campaign on PropellerAds with PeerFly and Voluum


Yesterday, I posted in affLIFT asking if you guys would be interested in a case study or an example (follow along) for setting up a campaign in PropellerAds. I got a pretty good response, so I’m going to do a pretty quick tutorial. I’m going to setup this Apple Music Trial offer on PropellerAds and I’m going to use Voluum as my tracker. 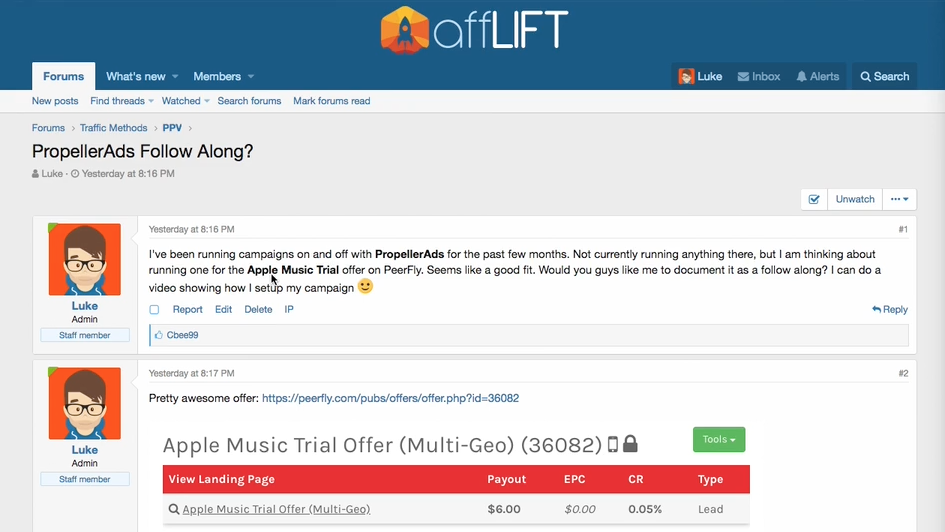 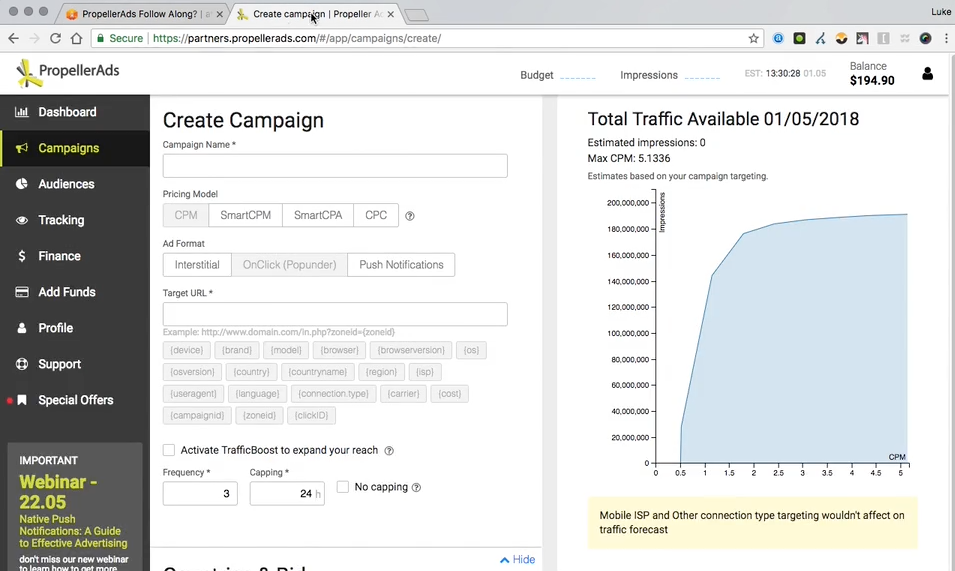 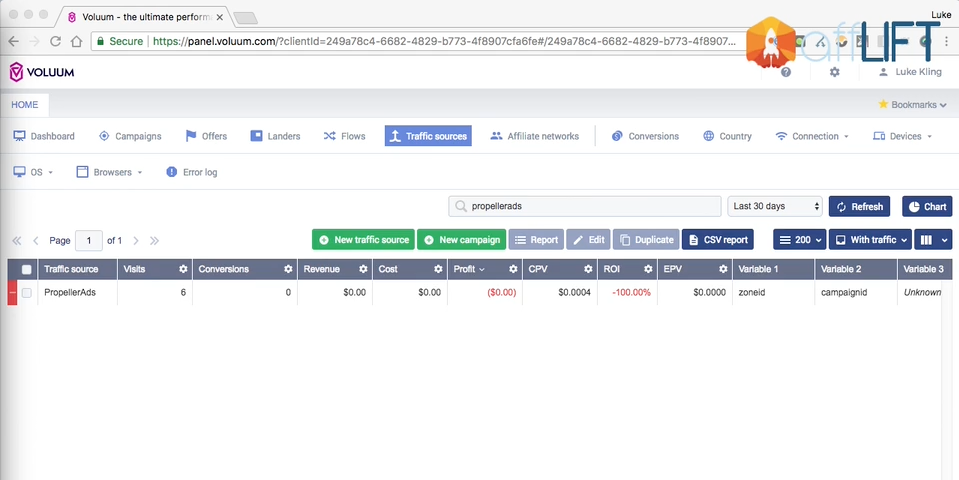 What I need to do now is just set up the campaign in Voluum. I already have the offer in my Voluum account and I already have PropellerAds setup as a traffic source. I wanted to show you guys, and I’ll post a screenshot of this in the group; the reason you want to setup PropellerAds as a traffic source and Voluum, the reason you want to use a third-party tracker like Voluum is simply so that you can get more data on your campaigns. PropellerAds actually provides quite a different advanced parameters or tracking macros. The ones that we care about really are the zoneid and the cost: 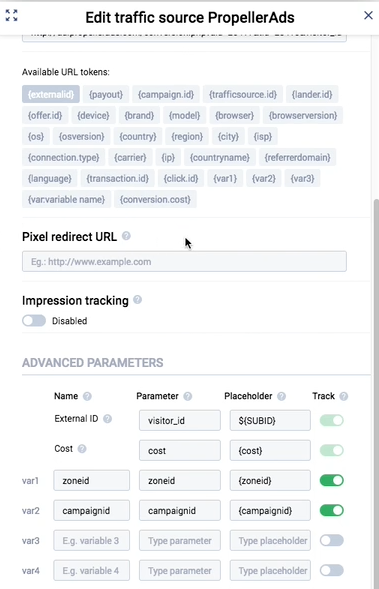 For this campaign, I’m going to run a SmartCPM campaign. My traffic source is all setup in Voluum. So what I need to do now is create a new campaign: 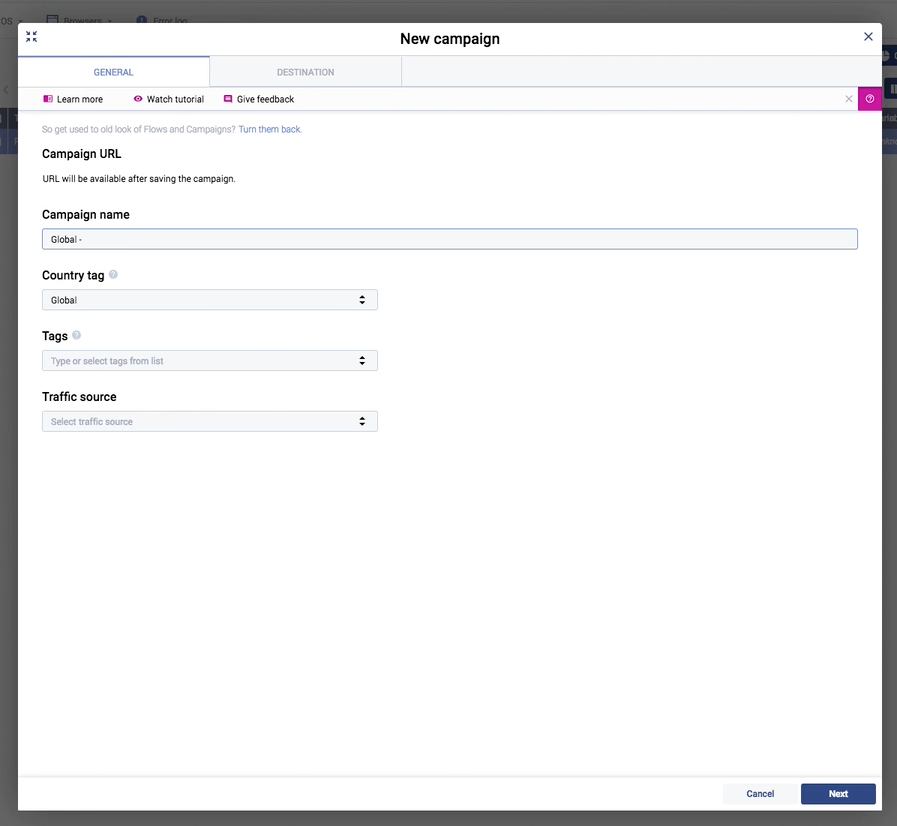 I like to use the same campaign name in my traffic source as I use on Voluum, because it just makes it easy.

So, we’ll call this Apple Music Trial SmartCPM Example. I’m probably going to let this run, so I can actually use it as a real example and hopefully make some money off of it making it profitable. The campaign setup in Voluum is pretty easy; you put in the name, country, and for the traffic source: 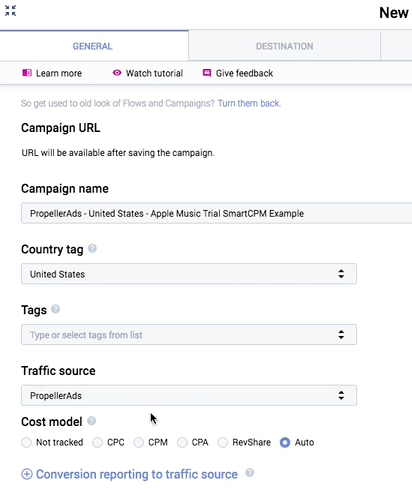 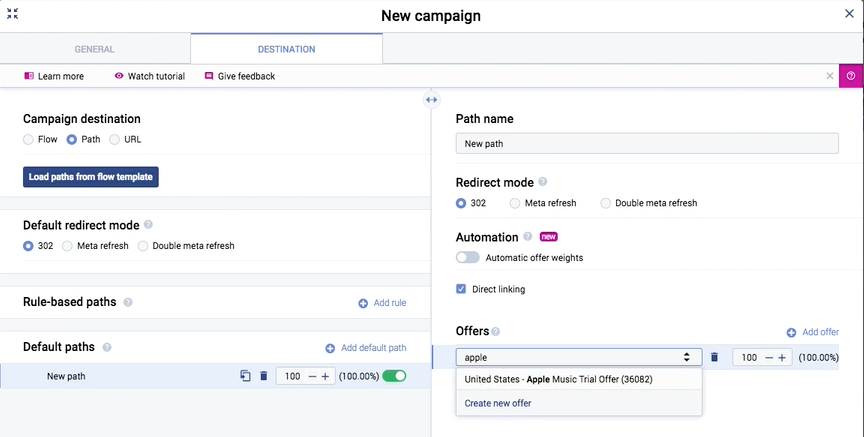 (I’ll post a screenshot in the forum explaining how to add the offer to you Voluum account as well, but it’s really easy.) 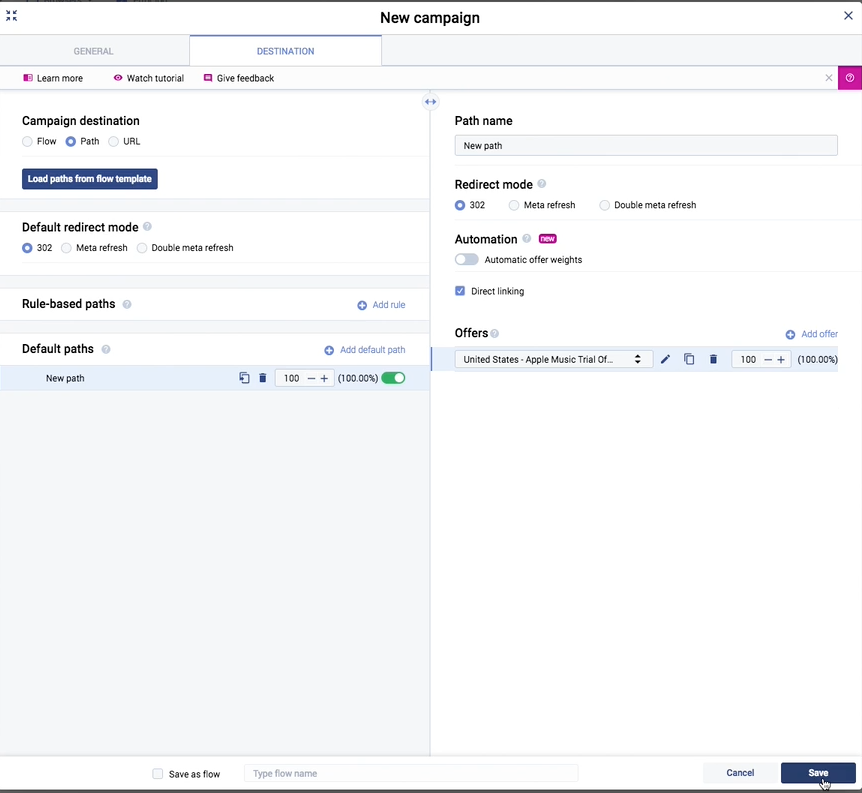 This is what I will use to send visitors from PropellerAds. You can see that they actually have more macro variables that you can pass into your link, which then could be tracked on your tracker. But I already have all of this data in Voluum, so I don’t need to use PropellerAds for that. 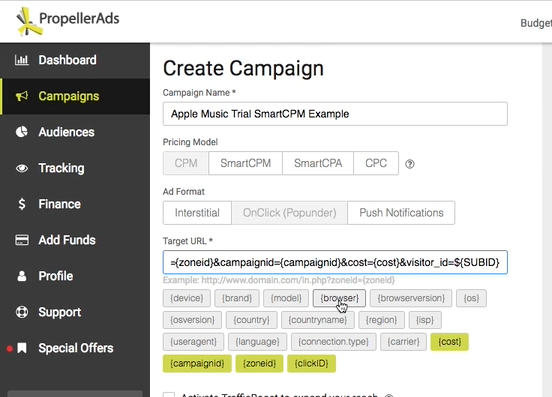 I mentioned that I wanted to do a SmartCPM campaign: 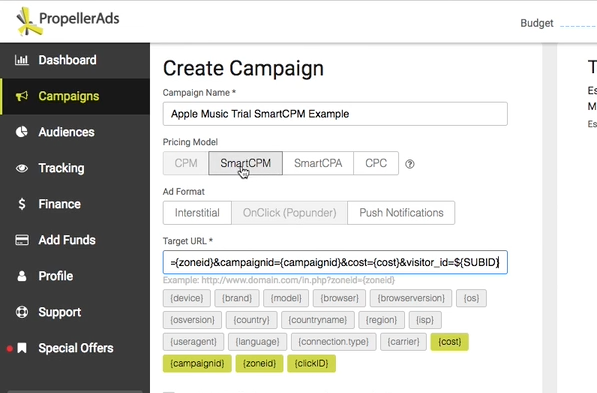 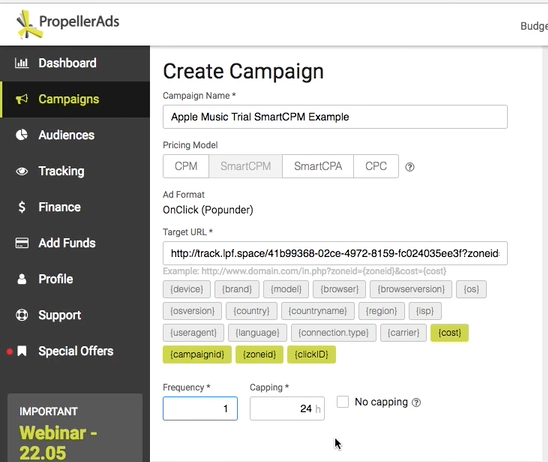 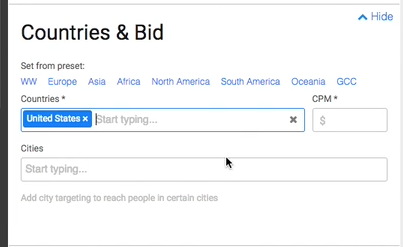 Before I do my CPM Bid, I want to go down here and chose my Targeting because the Bid will change based on that. What I like to do with PropellerAds is select the Device and then click Advanced and then they’ll automatically fill in some of these for you based on which device you chose. 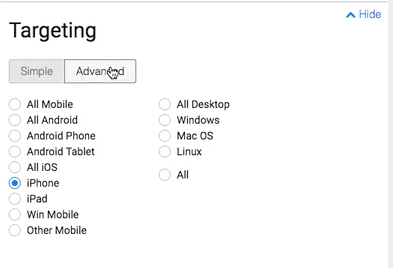 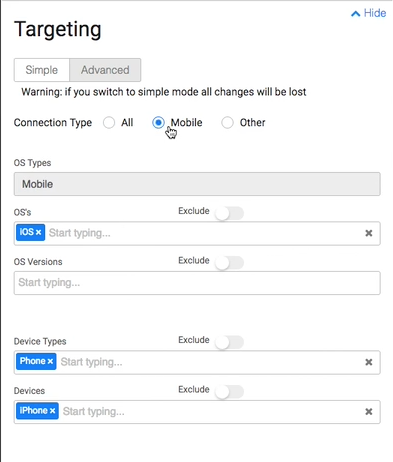 Eventually, once I start collecting data on my campaign, I’ll want to go in here and potentially exclude certain zoneid’s, which are essentially websites that are on PropellerAds. You can exclude or create a campaign for specific zoneid’s, which are specific websites. I’d leave that alone right now. I usually leave this checked so that I get all the traffic possible - and then you click this.

So all that is left, is to put in my budget. I’m going to leave it alone for a second. Based on this graph here; 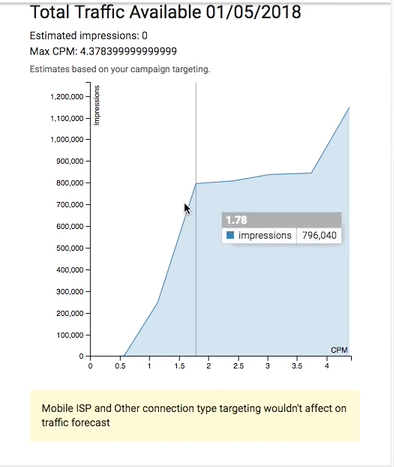 I think we’re all set. Setting up a campaign is super easy, PropellerAds has got pretty solid traffic and I think this campaign would do pretty well. So I am going to click to Start Campaign. 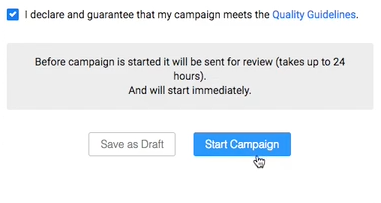 PropellerAds will review it. They say 24 hours, but I’m typically go to do within an hour. Then I’ll start getting traffic. Maybe, once I start getting some traffic I’ll do a quick video to explain how I'm going to optimize that traffic with Voluum.


I will say one thing about this Apple Music campaign is that a conversion happens when the person signs up for the trial.

So the user flow here is:


That doesn’t always happen right away - So they may see it and they may think about it. The key with this campaign I think, is just going to be being patient. I may spend my $20 today and only get one conversion or I may not get any. Then, two days from now, I may have two people who opened up the Trial today, actually do the Trial in two days - in which case the offer will convert. I’m going to be patient with this. I have a $200 balance. I won’t spend it all on this campaign, but I’m going to run the traffic and let it go and give it a few days before I would call it a complete failure.


That’s pretty much it. Like I said, super easy. PropellerAds is a great traffic source. I’ll post a screenshot on how to add the offer to your Voluum account - it’s pretty much the same with any tracker. If you have any questions, just go ahead and let me know in the comments or reply and we’ll be good to go!

Was the campaign profitable?

Steviedinero said:
Was the campaign profitable?
Click to expand...

I ended up having to pause the campaign because Apple decided they did not want PPV traffic on the offer. It was pretty close to getting profitable before I had to pause.

I see. Great video though!
You must log in or register to reply here.
Top