I was on the fence for a while to start testing a few offers with push traffic but was overwhelmed by the vast amount of sources popped up every now and then.

Finally, I decided to go with @PropellerAds as I was familiar with their platform, their approval process is rapid fast and as far as I can understand it's the most favorite push source among the members of this wonderful forum.

Anyway, my set up is as follows

PropellerAds Push
Bemob
Gambling offer (EU 1st Tier - somewhat directly)
I use lander and initially 8 creatives which of course are borrowed from fellows affiliates around the world.

I run the initial campaign for a couple of days. Below the snapshots as of today 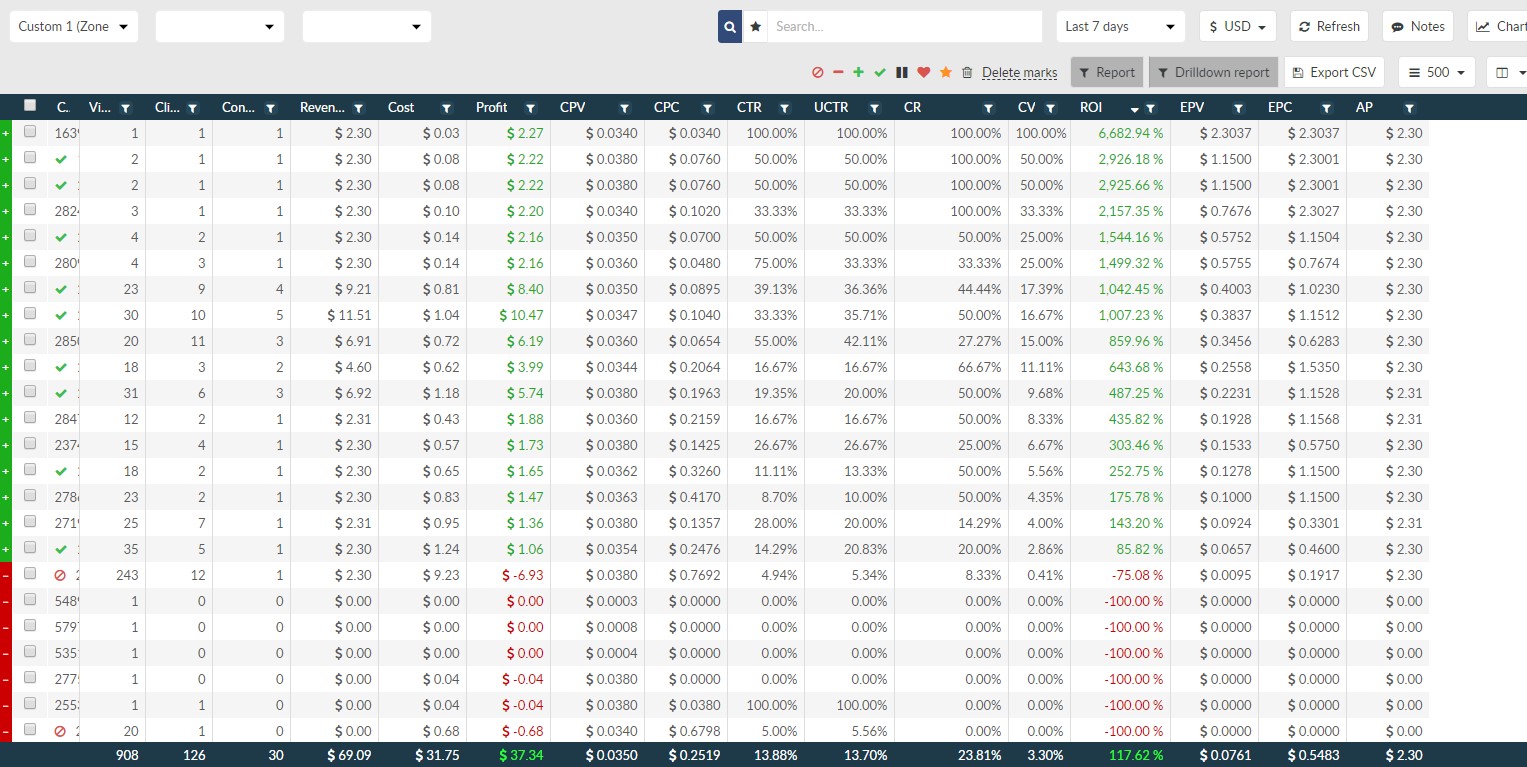 The green ticks have been moved to the second, optimized campaign and the red have been obviously blacklisted in the original campaign.
Now, I have to tell that the campaign was right off the bat profitable because I was lucky enough to have test it with email traffic and I knew it converts.
That being said there comes my first mistake. I was

To view the premium content in our affiliate marketing forum (including this awesome thread), you must first register and upgrade your account. Register today and become a part of our amazing community!
You must log in or register to reply here.