Staff member
If you do any sort of advertising on Facebook, then you probably know that posting the first comment on a post can drive up sales and engagement. That is the assumption anyway. People read the comments on posts.

But, have you ever measured how much it actually increases?

We performed a study on FPTraffic and found that our members who are using our First Comment feature are seeing TWICE the amount of engagement on their posts.

Making the First Comment on Your Posts - FPTraffic Help Desk

FPTraffic has a great feature that allows you to easily schedule the first comment on any of your posts so as soon as FPTraffic publishes the post, we'll also p 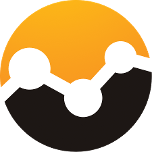 So, I broke down the data specifically on my Charlie Day Quotes Facebook Page with over 1,100,000 Likes that I post to 5-6 times a day.

After analyzing my last 133 posts, we found that my Page specifically has had a 115.9% increase in engagement on posts that included a First Comment. That bumped the reach on those posts by 30%.

How to get maximum from PropellerAds Push traffic?

AdPlexity. What do you want to improve here?