In the last couple of years, dating and adult remained one of the most stable and profitable verticals in affiliate marketing. A study conducted by Technavio indicates that between 2021 and 2026 the market share of online dating services will increase to $2.19 billion, and the growth rate will rise by 5.1%. A report from BussinesOfApps says that in 2021 only, the income from apps in this vertical amounted to almost $4.6 billion.
The graph below displays the global income from dating apps between 2015 and 2021 (in billions USD): 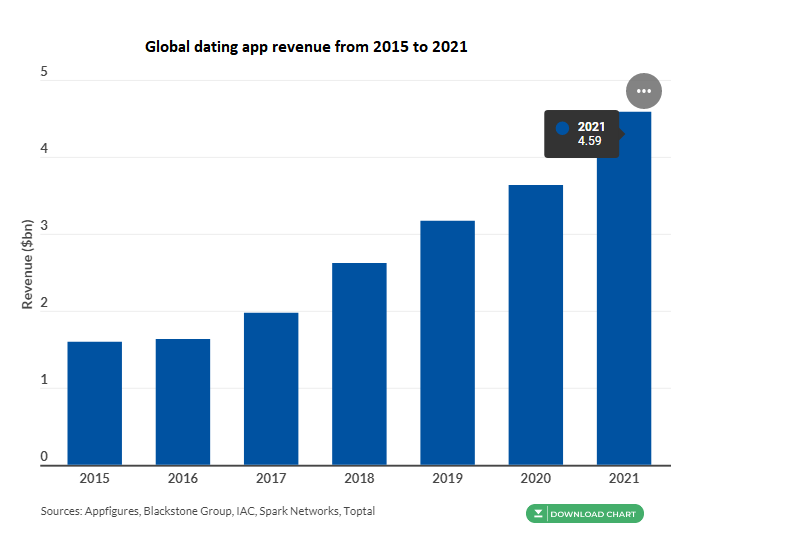 Since the niche is “evergreen”, let’s take a closer look at how to drive to dating in 2023. 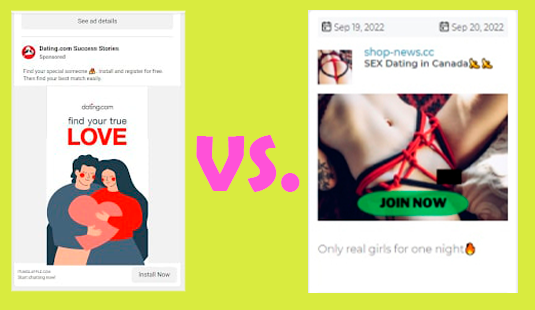 For mainstream dating it’s easier to choose a traffic source and not waste time on bans.
As for the adult sector, sources aren’t as simple as classical dating. It’s much easier to promote such offers via an advertising network.
You should also remember that this niche has offers for the LGBT community. In this case triggers won’t be so standard and you’ll need to spend more time preparing the AC. Newbies aren’t recommended to start off with the latter, without having worked with a traditional audience or Smartlink beforehand.

The dating vertical attracts many, since you can generate traffic without an ad budget by using technically free methods. Here’s a list of the main sources:
Part of the organic traffic clicks on the link in the profile description and performs the target action. This method is popular among rookies, so there’s high competition.

Sample
Basically the same method as the one previously used with TikTok. It all comes down to mass uploading of video clips adapted to the key requests. 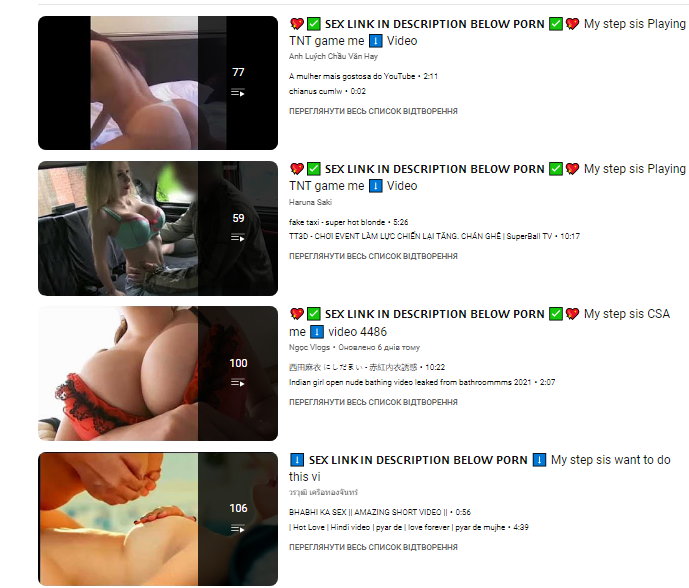 Reels help to collect organic traffic by using short vertical videos. Meanwhile, spam in dms and comments + mass subscriptions have been demonstrating weak conversion for some years now, yet it is quite popular among newbies and experienced affiliates that automate the process.
Here you spam native messages, however moderators frequently ban those who use this option.

A classic dating source. It features a simple format, large traffic volumes and cheap leads. In 2022, fully managed networks appeared in the public, where managers launch and lead the ad campaigns of webmasters. In 2023, not only newbies, but experienced team-leaders will respect this model. For example, MyBid provides large traffic volumes from Tier-1 and Tier-2 GEOs of LatAm and other countries in this way.
Bought traffic can be run either to mobile apps with an embedded link that leads to the landing page, or through a cloak.
This is an option that gets long-term traffic and doesn’t require special knowledge, a budget for copywriters, or buying links. Works ideally with RevShare.
Popular in Internet spaces abroad and require contacts databases to be regularly updated.

It’s not profitable to run traffic from paid sources to CIS countries, since the payouts won’t cover the webmaster’s expenses. If you’re working with dating, go straight ahead to the foreign Internet. A large part of traffic from dating websites comes from the USA (62.9% of the total). When combined, anglophone countries provide 77% of global creditworthy dating traffic. India takes second place, which, according to Statista, will be replaced by China (closed GEO). France and Germany are also in the TOP 5. So, emphasize on traffic from Tier-1, Tier-2 and Indian ad networks. In MyBid, these countries are the main ones anyways.

Now here are push examples of approaches to creatives that will work in 2023, too: 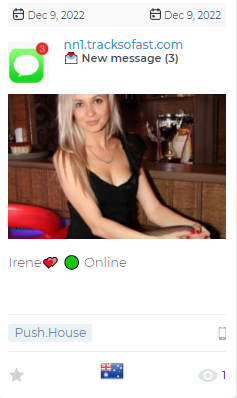 2. An exciting message, hinting at hooking up. 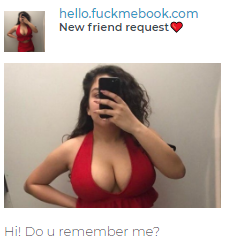 3. Direct advertising of a website or an app with a call to find a life-partner. 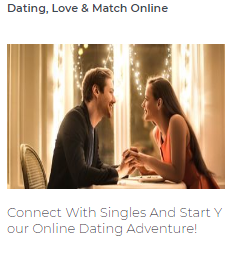 4. A message with an open question + a thematic photo. 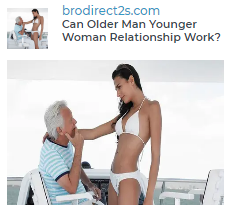 5. An imitation of a video sent from a woman and a CTA. 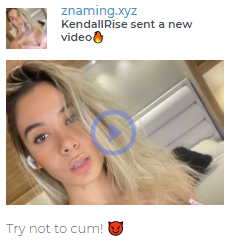 “Having years of experience with push, I believe that this is the easiest way of entry, for newbies and searchers of new traffic sources, alike. If you’re driving traffic to dating (adult dating), then you could make some money. However, you will need good experience and individual conditions from the advertiser and affiliate program, alike. Offers that are available to everyone have long been overused. If you work Don’t expect large volumes if you don’t work on exclusive conditions. Competition is high and its expensive to buy out traffic. So now you’re left with the option to drive the minimum with small volumes for newbies, but scale up exploiting the large number of campaigns and traffic from various networks.
If you emphasize on sub-verticals in the adult sector (like gays, transsexuals, adult games, etc.) you can get an ROI of 100% and higher. However, you need a well-planned funnel and the ability to remonetize traffic to do this. Now it’s pretty hard to drive traffic to public offers, but you can make a profit out of these, too.

I, myself, for example, haven’t come across cases of running traffic via PWA apps. Though, I know that some webmasters make their bet on volume and end up with an ROI of over 150%. But, they use remonetization and database “pushing”, as well as the option of redirecting leads to other offers.

Dating is the simplest and also overcrowded vertical, but 95% of people simply don’t know how to run traffic to it and end up blowing their budgets. As for 2023, I advise you to examine your options in approaches and funnels, instead of focusing on spy services and cases.”

“In terms of predictions for 2020, the adult and dating niche will definitely grow. Traffic drops at times, but it all depends on the source. Newbies that don’t have a budget can try testing technically-free traffic, like YT Shorts. However, those that have at least $500 to start with can try push and popunder notifications. Affiliates have this tendency of saying that push and similar formats are dead. From my experience I can say that using these formats in adult offers have a high chance of firing a profitable bundle in any GEO. It goes without saying that you can scale the bundle in other sources, too. Make sure you emphasize on mobile traffic when targeting.”

Dmitry, owner of the YT channel “Life after the factory”:

“Trends are changing, but as usual, dating remains one of the most profitable vectors. I don’t see any changes really. This year passed without any new major sources (everyone already got used to TikTok). However, people are still running traffic from old ones and are making a profit. It seems to me that technically-free traffic isn’t as relevant in terms of dating. Ant-fraud systems are constantly developing and they are harder to bypass every time. I think in the future people will manage to get traffic from old sources. Or, if we come up against a new large source, everyone is gonna rush in for a quick buck.

Many admirers of technically-free traffic are joining the ranks of the classical paid affiliate marketing where the possibilities are pretty much endless. I would highlight push (which just won’t die), native and popunder as the most stable ads. Mixed verticals like webcam or, for example, adult nutra work pretty well, too. Give these a shot if you already have experience in dating. This is how I shifted to adult nutra. Experience in dating proved to be useful.”

In 2023, running traffic to dating is possible to do emphasizing on Tier-1, Tier-2 and India. On the other hand, you need to expect traffic sources, like Facebook and Google, and testing expenses of at least $1000. This is the reason why ad networks with push and popunders remain the number 1 source for the adult and dating niche. Fully managed networks are especially attractive.